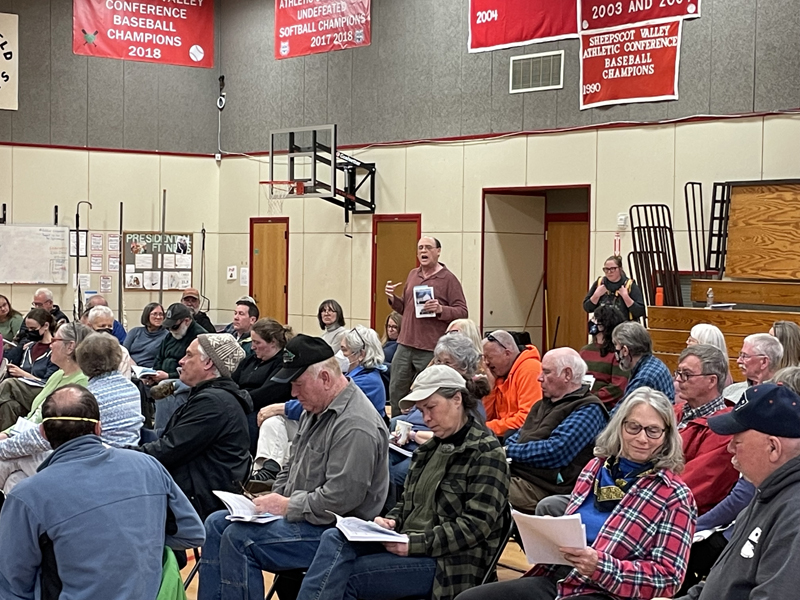 Only three out of approximately 86 Whitefield voters favored spending $20,000 of American Rescue Plan Act funds to erect an electronic sign at Whitefield Elementary School during the annual town meeting March 19 in the school gymnasium.

Residents expressed many concerns about Article 45, beginning with confusion about where it would be erected. The town warrant states it would be at the fire department or at the town hall, but after some discussion, the select board indicated it would be at the school.

Other concerns included who would control the sign, its brightness, if it would be lit for 24 hours, and the intrusion of such technology on the rural character of Whitefield.

“It’s an image thing … and I don’t want to look like Windsor,” Genevieve Keller said to laughter and applause from the assembly. “We love Whitefield because it’s Whitefield and we cannot just do what everybody else is doing.”

After 30 minutes of debate, the article failed.

An article about enacting a 180-day moratorium on any commercial or community ground-mounted solar energy system also failed, after nearly an hour of debate.

Members of the Whitefield Planning Board spoke against the moratorium because it would delay the installation of the solar array it approved to be constructed by ReVision Energy on property owned by Ellis Percy on Howe Road. 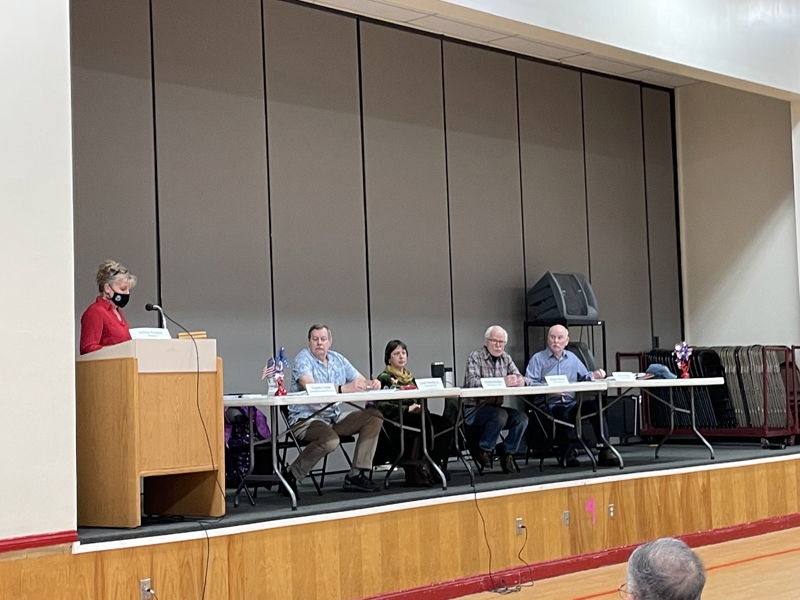 “It’s a relatively small project,” Percy said in response to some residents’ concerns that solar projects in other communities distract from their rural character.

The array is on just three-and-a-half to four acres tucked behind a tree line, he added. “If any of the panels are visible from the road, I would be more than happy to erect a fence if someone objects to seeing them.”

Planning board member Dan Burns said even though the planning board found the application complete, the town attorney confirmed on March 18 that the moratorium would prevent the project from moving forward.

“I think we should vote no … I think we need to allow this project to go forward,” Burns said.

ReVision Energy’s Nick Sampson said the solar company did its due diligence in developing the project so it would have minimal impact on the environment.

“We put a lot of time into this project to make sure … that it’s set back from property lines and the road. It’s also completely at a dead end… there’s not a lot of traffic going by. It also has no wetlands impacts,” he said.

The solar array would allow community members to buy-in or opt-in through shares, according to previous coverage by The Lincoln County News. 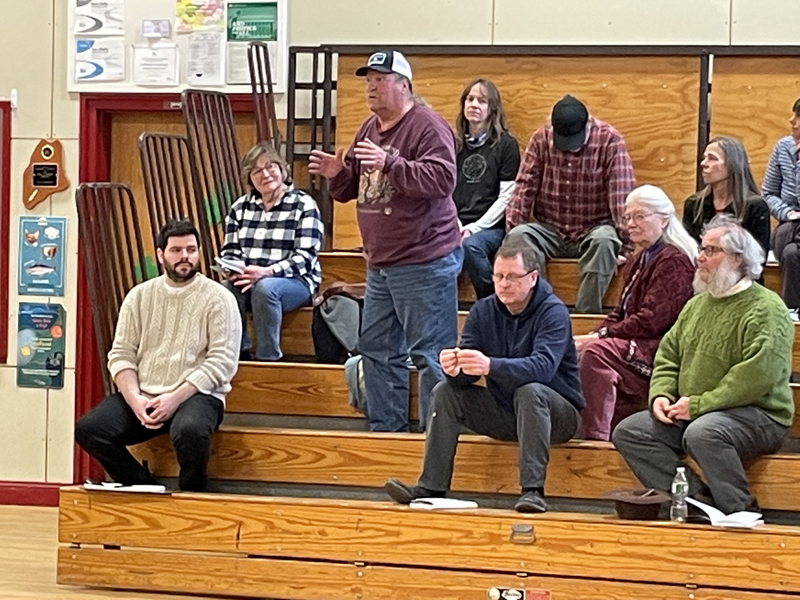 Ellis Percy, of Jefferson, speaks about the solar project he plans to develop on his property in Whitefield during the annual town meeting at Whitefield Elementary School on March 19. Article 51 proposed a moratorium on such projects, but ultimately failed by a majority vote, allowing Percys project to move forward. (Raye S. Leonard photo)

“I am not opposed to Mr. Percy’s project,” planning board member Jennifer Grady said. “But we do need to develop a commercial community solar ordinance as soon as possible, and we have already started.”

The remaining 48 articles were accepted with minimal discussion.

To reduce the impact on taxpayers, Article 41 asked voters if they wanted to use $535,750 from general fund revenue and undesignated fund balance to decrease funds raised through taxes.

Voters approved that amount, plus $100,000 from surplus if that amount is available following the town audit report. 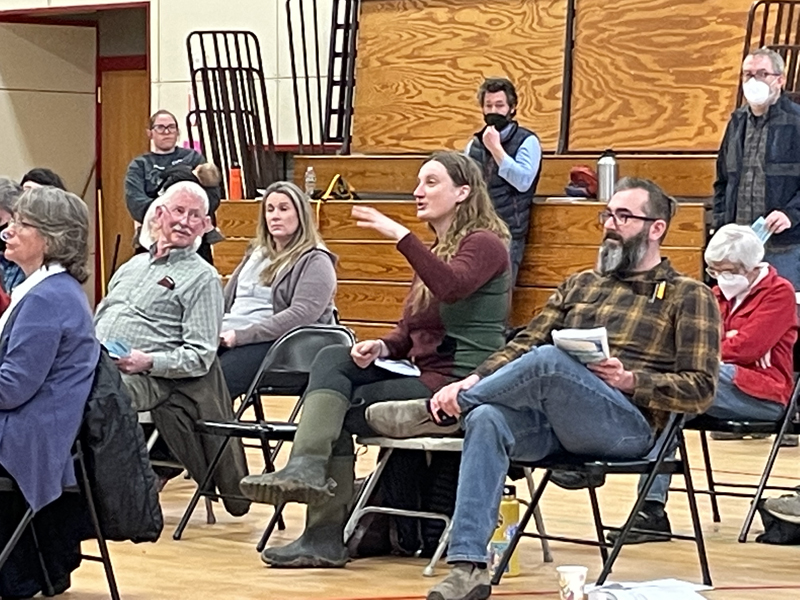 Robin Huntley speaks to fellow Whitefield residents about a proposed electronic sign that would be located at the Whitefield Elementary School during the annual town meeting March 19. The article failed. (Raye S. Leonard photo)

According to Town Clerk Yolanda Violette, the town’s ARPA funds total $240,804. Of that initial amount, $93,000 was already expended for broadband expansion.

The position of road commissioner will now be appointed by the select board rather than elected.

Seth Bolduc was elected to a three-year term as selectmen, replacing Lise Hanners, who did not see reelection.

Selectman Keith Sanborn retained his seat for another three years in an unopposed bid.

Kathleen Goetzman was elected to a three-year term on the RSU 12 Board of Directors, replacing Lynette Conroy who completed her term and chose not to run again.

(A previous version of this story reported that Goetzman was reelected. This will be her first term.)