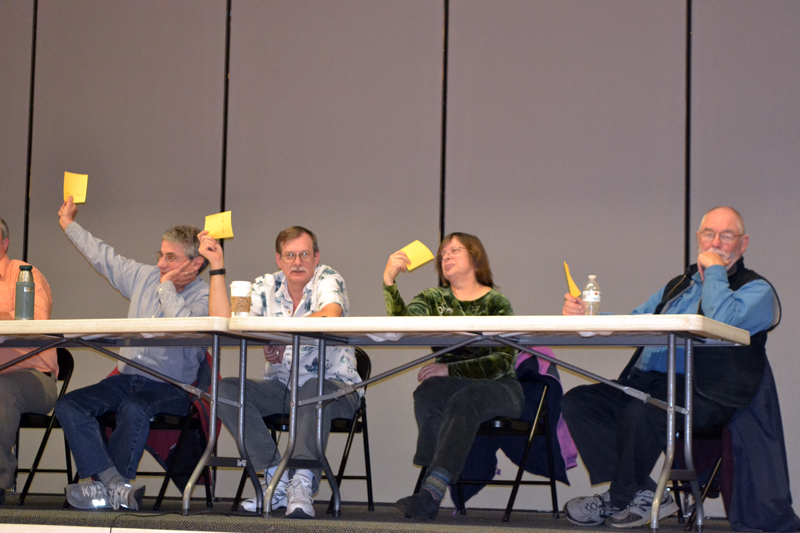 By a vote of 49-20, a 180-day moratorium on recreational-marijuana businesses in the town of Whitefield was approved during a special town meeting at Whitefield Elementary School on Wednesday, Dec. 6.

The moratorium ordinance, which became effective immediately and will expire June 4, 2018, will temporarily prohibit the operation of recreational-marijuana businesses, including social clubs, stores, cultivation facilities for nonmedicinal purposes, and manufacturing and testing enterprises. 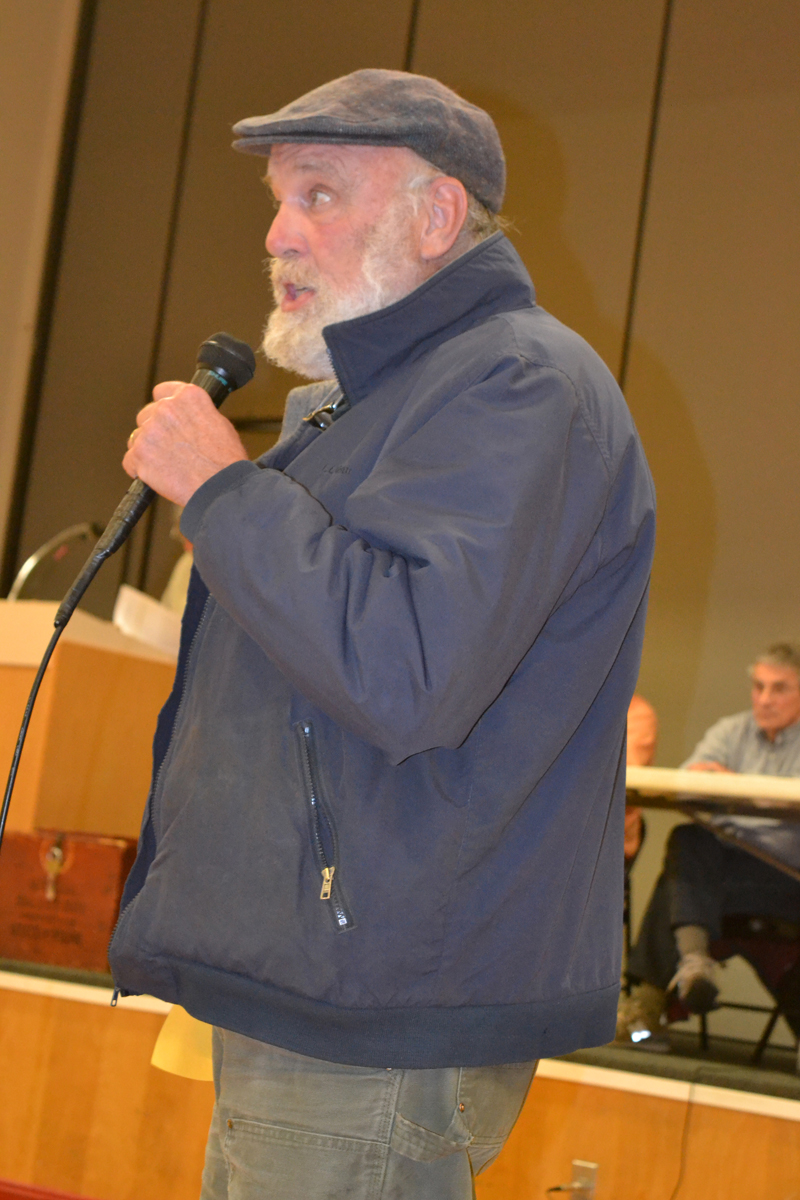 Marple was fairly vocal throughout the meeting, emphasizing the desirability of a moratorium ordinance. “We were waiting for the state to act. They didn’t act … I don’t understand why you would start writing (recreational-marijuana business) ordinances before the state has decided what it wants to do,” he said at one point. “Nobody can do anything right now because the state moratorium is still in effect.”

The current state moratorium on recreational-marijuana sales is set to expire Feb. 1.

“If the state doesn’t pass legislation, we’d have to extend the moratorium, probably for another six months,” Marple said.

Public comments in support of the moratorium largely centered around concerns about regulating social clubs and the proximity of marijuana-cultivation enterprises to the school.

Whitefield resident Lionel Cayer said marijuana “consumables are easy things for kids to get their hands on … A moratorium would give us time to vet through public hearings … everything that goes with the recreational-marijuana law.”

Another man said he does not want Whitefield to become known as “the pot capital.”

One of the voices opposing a moratorium was Whitefield resident David Wright. “People have been using marijuana here for 50 years,” he said, adding, “We don’t have zoning. I don’t see us getting zoning. Nothing’s going to stop (a marijuana-cultivation business) going in next to the school. We just don’t have the resources. So I’m going to vote against it.”

Ober echoed Torbert in his desire for the town to have the “breathing room” that a moratorium would provide in order to draw up an ordinance that takes the public’s concerns into account. “We can gather the data we want, gather the flavor of this community,” he said.

“We’ll have meetings. There’s going to be a survey at the town meeting in March,” Sheaffer said. “It’s going to take some time to write this (marijuana-business ordinance). We want to keep chaotic things from happening.”