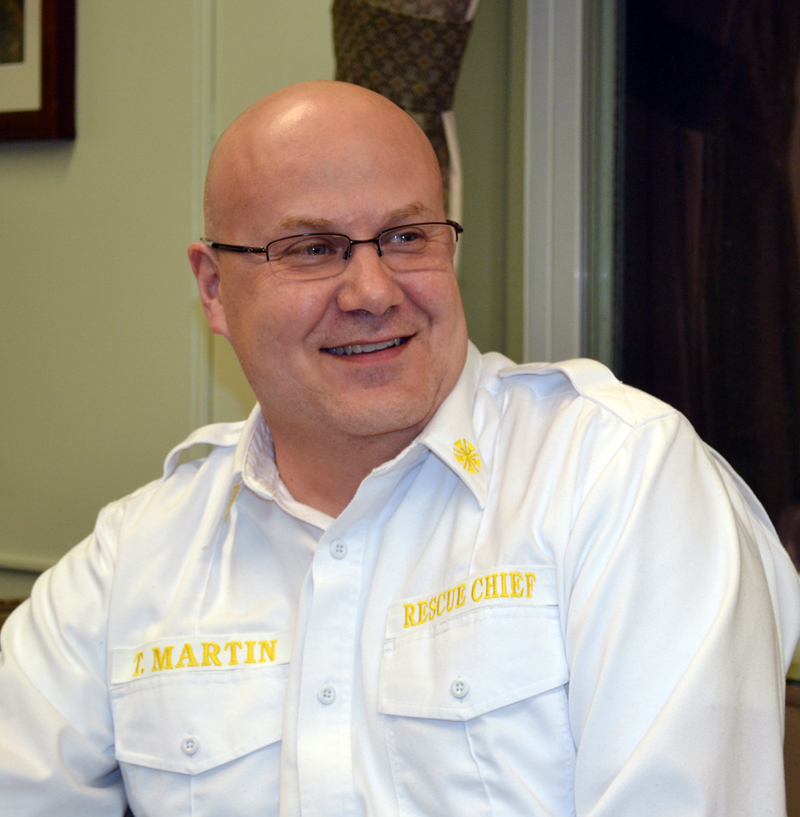 Wiscasset Ambulance Service Director Toby Martin, anticipating a future consolidation of the ambulance service and the Wiscasset Fire Department, is purchasing personal protective gear that will meet the needs of both departments.

The purchase will bring both departments “one step closer in the process” of consolidation, Wiscasset Ambulance Service Director Toby Martin said.

Several months ago, the Wiscasset Board of Selectmen discussed combining the ambulance service and the fire department into a single municipal department with one director, Martin said. “They made this public about nine months ago,” Martin said. “It’s been no secret.”

The board of selectmen did mention a potential consolidation, but there has been no in-depth discussion of the issue, Chair Judy Colby said. “I’m not saying it won’t happen or can’t happen,” she said. “It’s not something we’ve really delved into.”

Wiscasset Fire Chief T.J. Merry has heard Martin speak about a potential consolidation and was aware that selectmen had mentioned the idea of consolidation.

“I haven’t put a lot of thought into it, but I don’t feel it would be the best fit for our community,” Merry said. “It would completely eliminate the volunteers we have left.”

The ambulance service is in dire need of personal protective gear for the safety of staff, especially in relation to blood-borne pathogens, Martin said.

Martin had asked the selectmen to place the purchase of protective gear on the warrant for the annual town meeting as a capital improvement request, but the selectmen declined. However, the ambulance service will have a surplus at the end of the year due to extra hours Martin has worked, which has saved the department on the cost of personnel, he said.

Selectmen previously approved the purchase of personal protective equipment from the department’s savings, and opened bids for the equipment in mid-May. The gear, certified for blood-borne pathogens and extrication, costs about $1,600 per set.

For a small additional amount, the ambulance service would be able to purchase gear that could also be worn for structure fires, Martin said. As many ambulance service staffers are also firefighters, Martin requested equipment that would meet both departments’ needs.

“If we merge in the next two to three years, the gear that we purchase this year will no longer be good” because it cannot be worn to respond to structure fires, Martin said. “We looked into pricing to see what it would cost” to also meet the needs of the fire department, he said.

Selectmen agreed to the purchase of 20 sets of personal protective equipment at about $1,759.60 per set from Bergeron Protective Clothing during their June 6 meeting. The gear, which can double as turnout gear for the fire department, will last about 10 years, Martin said.

“This will save us quite a bit of money down the road,” Martin said.

Colby said she could not predict whether the board of selectmen will consider consolidating the two departments in the future. “We’ll have a new board,” she said the day of the municipal election, Tuesday, June 13. “I wouldn’t want to forecast what a future board will do.”