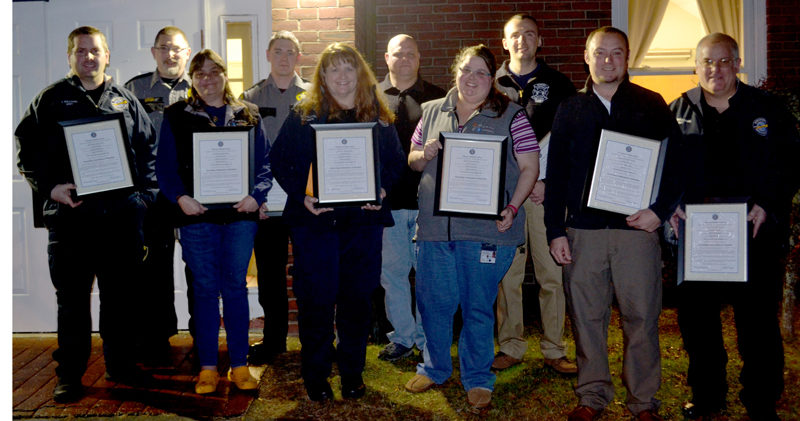 At the Wiscasset Board of Selectmen’s Tuesday, Nov. 15 meeting, Martin recognized the individuals and agencies involved in resuscitating a 29-year-old male inmate from Kennebec County who, for unknown reasons, went into cardiac arrest and became unresponsive.

Commendations were given to staff of Two Bridges Regional Jail, the Lincoln County Communications Center, the Wiscasset Ambulance Service, and members of the Wiscasset Fire Department who participated in the rescue effort.

Through early CPR, medication, and two rounds of defibrillation, the inmate was resuscitated, Martin said.

“It is because of your actions and willingness to extend extra efforts for this patient, you saved his life,” Martin said.

“Please accept this certificate along with our heartfelt gratitude for your outstanding performance on the scene of this call. Your actions speak highly of you personally and professionally,” he said.