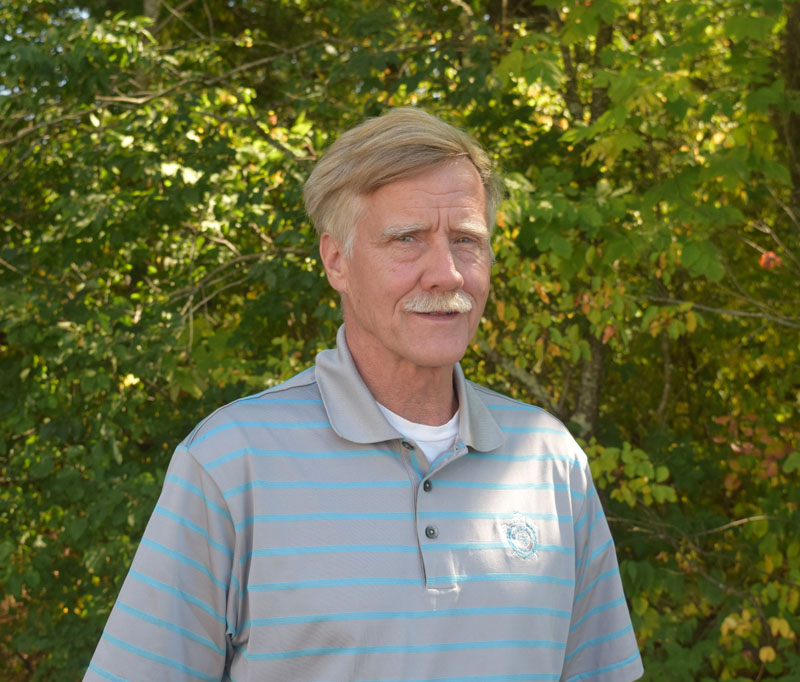 If elected, Hanley plans to introduce a bill to put budget surplus toward the budget stabilization fund rather than supplemental budgets.

“Every budget we have surplus dollars, which end up in a supplementary budget. We need to stop that. We should formulate a two-year budget and that should be the end of it,” Hanley said. He added that if the state had put more money in the rainy-day fund, the current revenue shortfall would be easier to navigate.

Hanley favors putting 75% of any surplus into a stabilization fund, with the remaining 25% going toward taxpayer relief.

“The rainy-day fund is nowhere near as high as it needs to be to help us out right now,” he said.

The only other way to deal with the predicted revenue shortfall is to cut spending or increase taxes, according to Hanley. He said that although neither option is attractive, he wants to avoid raising taxes.

“There are going to be some tough decisions ahead, but you have to be willing to be the adults in the room and make some of those calls,” Hanley said.

Hanley wants to limit the governor’s current emergency powers, granted by the Legislature in March. Mills has authority to extend the powers every 30 days.

“One person should not have that much authority. A committee should be making these decisions, not just the governor,” Hanley said.

Reflecting on his three terms in the Legislature, Hanley said he is proud of the work he did on an emergency bill in 2017 to enable the operation of Warden’s Report, a private website that allows fire chiefs to issue burn permits online.

Warden’s Report and another website, Burning Permits, were operating prior to the bill’s passage, but in June 2017, Maine Forest Service officials sent letters to town offices saying permits from the sites were invalid under state law.

The emergency bill was drafted to allow the websites to function within certain parameters governed by the Forest Service, according to Hanley, who said the bill gave towns more local control over the issuance of burn permits.

“Now anyone can apply for a permit online and fire chiefs know where fires are at if they get dispatched to a brush fire,” Hanley said.

Hanley also mentioned his sponsorship of L.D. 1227, an effort to remove current limitations on school choice and allow students to move between districts without superintendent approval. “This takes it out of their hands, leaves the decision with the parents,” Hanley said.

Hanley had previously introduced a bill to create a school voucher system to broaden school choice. Both bills failed, but if reelected, Hanley will introduce a bill to allow parents to pick between public, private, and religious schools.

“This will be my third attempt to give parents the chance to use the money they pay to educate their kids as they wish,” Hanley said.

“A lot has happened from my perspective. We were able to stop a lot of bad ideas before they became law and get some good ideas to become better ideas,” he said.

Hanley pointed to his opposition to L.D. 434, a carbon tax bill that died in committee, as an example of thwarting legislation he believed would have negative impacts on Mainers.

“It was a 40-cent tax on home heating oil, gasoline, and other fuel, and it would have hurt everybody,” Hanley said.

“I was retired but still working a lot as an electrician and someone asked me to run. I’ve always been very politically aware.” Hanley said. “It gets to the point where you have to put up or shut up, you can’t just sit and yell at the television.”

Hanley grew up in Gardiner, attending Gardiner schools, and is a six-year veteran of the Maine National Guard.

After high school, he entered an apprenticeship program at the Central Maine Vocational Technical Institute, now Central Maine Community College, and went on to work as an electrician, pipe fitter, and welder.

He started working at Bath Iron Works when he was 21, in 1971, staying for about 20 years before going on to work for Sappi Global, a company that owns a mill in Skowhegan and was originally incorporated as South African Pulp and Paper Industries.

Hanley and his wife moved to Pittston from West Gardiner, buying a farmhouse from his parents where they have lived for the past 25 years. They have four children.

Hanley is a grand knight with the Knights of Columbus, a Catholic fraternal service organization, and volunteers with the Chrysalis Place/Gardiner Food Bank.

He attends St. Joseph’s church in Gardiner and formerly volunteered as a Catholic counselor at the Maine State Prison in Warren.

Hanley sits on the Energy, Utilities, and Technology Committee.

The next term would be Hanley’s last, for now, if he wins. State law limits legislators to four consecutive terms. The law allows term-limited legislators to run for a different seat or take a term off and run again.