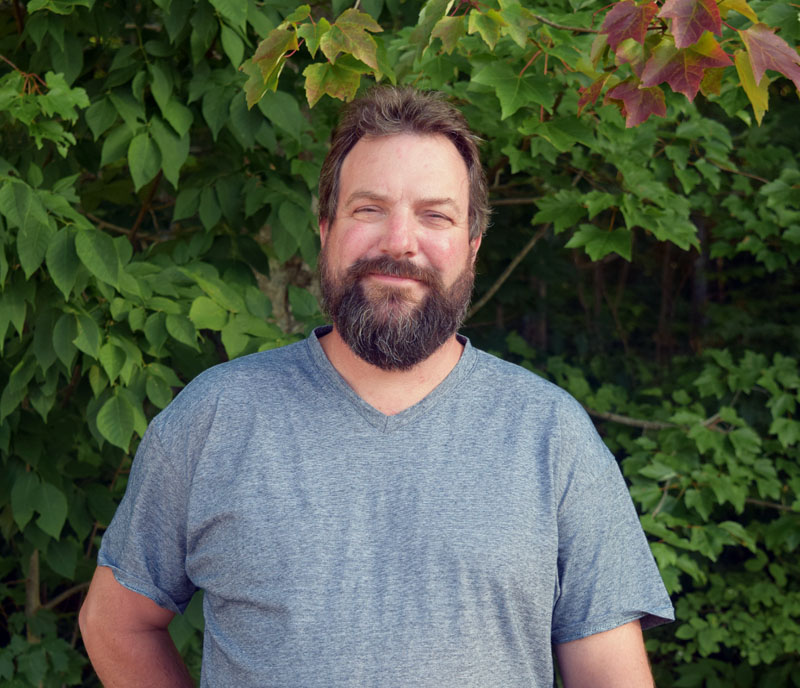 Putnam is from northern Michigan and has lived in Wiscasset for five years.

He is a graduate of Johannesburg-Lewiston High School, in Johannesburg, Mich., and attended the University of Michigan at Ann Arbor for three years.

Putnam owns a carpentry business, Jason Putnam LLC. He learned carpentry through on-the-job training and has 30 years of experience in the field.

He used to coach baseball for a farm league at the Wiscasset Community Center.

Other volunteerism in the community includes work on an outdoor classroom at Wiscasset Elementary School and on the Wiscasset clock tower.

He and his wife, Rachel Putnam, have three sons: Angus, Ivan, and Henry.

The Maine Education Association and the AFL-CIO have endorsed Putnam’s campaign.

If elected, Putnam hopes to create “a better living standard” for the people of the district.

“I don’t have a miracle fix in mind,” he said, but he thinks the tax code needs reform to be fairer for working-class people.

“I think the state government hasn’t been paying what it’s supposed to to the towns, and it’s adding more costs to the locals,” Putnam said.

He thinks the biggest issues in House District 87 include health care, wages, and education. He said the issues are intermingled with each other and other statewide issues.

Putnam supports Medicaid expansion, which voters approved in a 2017 referendum but which the state has yet to implement.

He said many people he has met while knocking on doors have health insurance, but their insurance has high deductibles, making it of limited use. Other people tell him they barely miss qualifying for MaineCare – Maine’s version of Medicaid.

Putnam spoke about the opioid crisis, which he views as another health care challenge. In 2017, there were 418 fatal drug overdoses in Maine, the most the state has ever seen.

Putnam believes the growing opioid crisis is a health care issue that is becoming a crime issue. He thinks there should be more funding for treatment facilities and a focus on restorative justice for low-level drug users.

Restorative justice is a cooperative process to respond to crimes, usually involving the victim, the offender, and others affected. According to Restorative Practices International, mediation occurs between the constituents to understand the harm done, find a way to make amends, and heal relationships.

For the issue of education, Putnam would like to see “greater emphasis on young childhood education,” he said. He supports public pre-kindergarten.

Putnam said schools are unfairly “demonized” for problems that result from inadequate funding. Over a decade ago, voters passed a law requiring the state to fund 55 percent of public education, but the state has failed to do so.

Putnam supports the recent and ongoing increases in the minimum wage, saying, “If you work all day, you deserve to be paid decently for it.” Putnam said that with low wages comes a “shadow economy,” in which people must pick up side jobs and work under the table to live.

However, he understands that increases in the minimum wage can be a burden on employers, who have to charge more for their products and services and pay more to present employees who want raises when new employees start out at a higher wage.

Putnam believes the issue ties back into education.

Since better-paying jobs tend to require higher education, Putnam supports programs that allow some high school credits to count toward a certification or associate degree.

With the decline of tradesmen, he thinks there should be more vocational classes and renewed respect for students in these classes.

Putnam believes the Legislature needs to attract more people to move to the state, perhaps through an ad campaign.

He said part of the state’s labor shortage is due to the “very shallow pool of people” that has the right training or degrees to fill positions.

“We need to promote the value of college, make it easier for more people to attend, and make it more attractive for them to stay in Maine,” Putnam said in an email.

Putnam said he has an open mind for the work he would do if elected.

“I am willing to work with anybody in the Legislature,” he said.

Putnam supports the citizen’s initiative process. “I don’t agree with every initiative that’s been passed … but if it was lawfully placed on the ballot and lawfully passed by the right majority of people, then that’s what you have to do,” he said.

He thinks it might be worth looking into requiring a set amount of signatures from each of the state’s two congressional districts. This would prevent the 2nd Congressional District, the northern district, from feeling underrepresented.