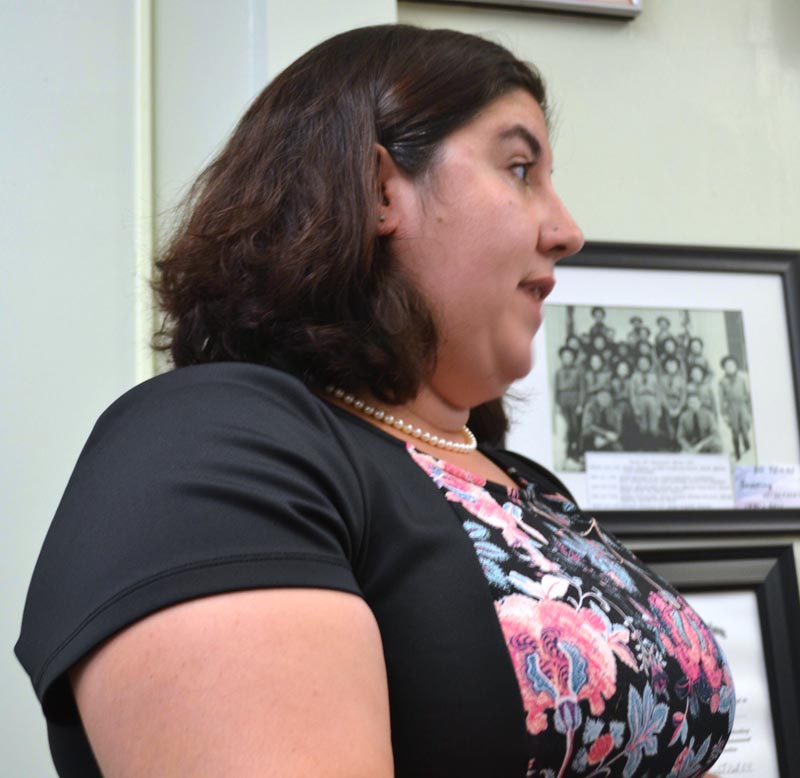 The Wiscasset Public Safety Council has met monthly since its formation in April to facilitate the flow of information between the community and the ambulance, fire, and police departments, Chair Holly Giles said. “To say we are appalled” at the conditions in the departments “is an understatement,” Giles said.

Giles attended the Wiscasset Board of Selectmen’s Tuesday, Aug. 1 meeting to express the concerns of the 12-member committee and encourage selectmen “to revise their budget standards” for the emergency departments.

The departments are not in compliance with federal workplace safety requirements, which  prevents them from accessing grants, Giles said. Until recently, the police department was equipping an officer with a bulletproof vest that was almost 20 years old, she said.

The police department does not have a break room, and officers are ill-equipped to handle the growing opioid epidemic, Giles said.

According to Giles, selectmen have not approved requested budget increases for the fire department budget, and with three fire trucks in need of service, there have already been significant chunks taken out of a line item for fleet maintenance.

The ambulance service currently stores its medical supplies in the same room as oil tanks, and after 2019, new ambulance trucks coming onto the market will not be able to fit in the department’s headquarters, Giles said.

“Why is a capital improvement plan not in place?” she said.

“How much longer can (the emergency departments) operate under these conditions, before the board of selectmen changes their outlook?” Giles said. The lack of capital improvement will have some “very real outcomes,” such as an officer dying in the line of duty, or rising homeowner insurance, due to lack of adequate coverage, she said.

Wiscasset is at risk of losing its emergency services if selectmen do not begin to address the issues in the departments, Giles said.

Selectman Ben Rines took issue with many of Giles’ statements. The ambulance service budget has nearly doubled in the past two years, and the fire department budget has also increased with raises in training and call pay, he said.

“To imply that we’ve turned a deaf ear” to the needs of the departments is misleading, Rines said. The increases in the public safety budgets have a dramatic impact on taxpayers. “We have to look at the whole picture,” he said.

The capital improvement plan has been the subject of an ongoing discussion on the board of selectmen, Chair Judy Colby said. The board previously discussed issuing a bond to complete a number of capital improvement projects at once and using the town’s reserve accounts to make payments on the bonds.

The selectmen will revisit this conservation as the 2018-2019 budget season approaches, Colby said.

All capital improvement projects are funded through the town’s reserve accounts. “I agree we’re at a point where we need to do something to keep the services that we have, if that’s what taxpayers want to do,” Colby said.

Selectman Jeff Slack has been vocally opposed to maintaining the police department. The cost to taxpayers for police protection is $800,000 between Wiscasset’s police department and the county tax, Slack said.

A straw poll about discontinuing the police department was placed on the warrant for the 2015 annual town meeting and voters supported maintaining it, Lange said.

The council is not asking for money for the departments now, council member Brad Sevaldson said, but is asking selectmen to start preparing for the future.

Selectmen agreed to revisit the public safety departments to gauge their needs as they enter next year’s budget season. Town Manager Marian Anderson intends to follow up on Giles’ comments with the department heads, she said.