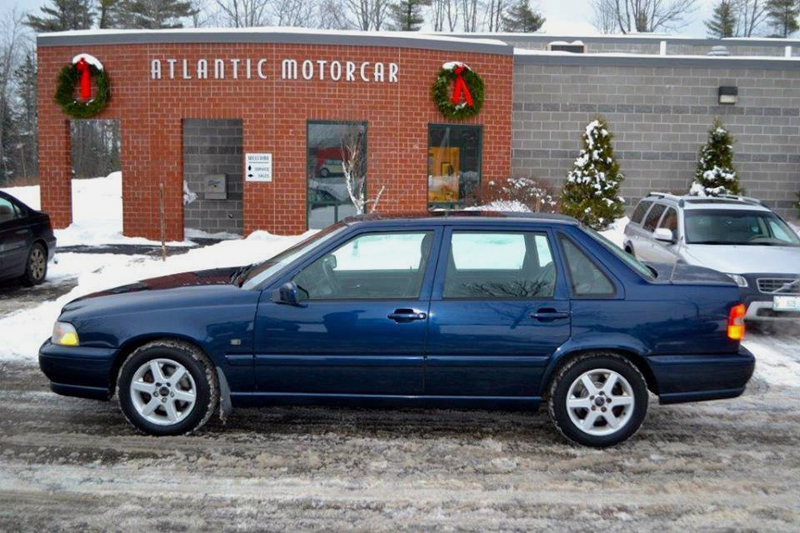 A Wiscasset car dealership will revive its giveaways of former loaner cars to local families in need, as a 2015 gift to an Alna family continues to benefit the community.

The Atlantic Motorcar Center, an independent dealership on Route 1 that sells and services European and Japanese vehicles, began giving a car away every year in 2009.

All the giveaways are Volvo loaners in good condition. The dealer spruces each vehicle up for the recipient.

“What we used to do (is) take the oldest loaner, the highest mileage, and we’d give it to a family in need,” Bruce Howes, owner of Atlantic Motorcar Center, said. “The whole idea was that it would help somebody move up in their position in life.”

The dealership did not give away cars in 2017 or 2018 because it did not have any cars to give away, Howes said. They also wanted to try a different charity, and decided on donating to Toys for Tots during those years.

In March, Atlantic Motorcar will have a new fleet of loaner cars, which will leave some previous loaners available for donation.

The giveaway works by nomination, according to Rick Lee, general manager of the dealership. 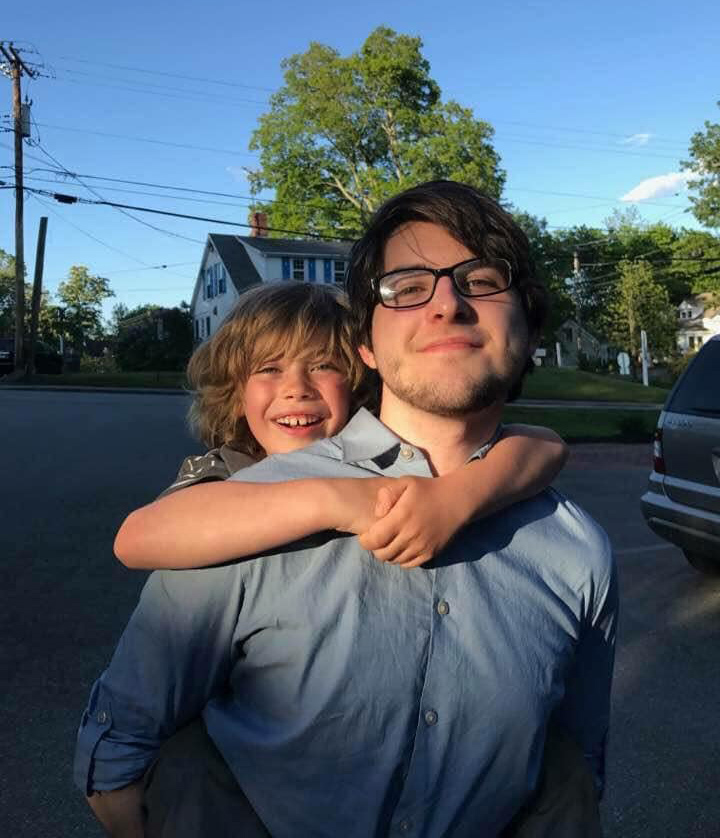 After the nomination deadline passes, Lee said, everybody at the dealership has a vote as to who receives the vehicle.

The choice is never easy, he said.

“What it really comes down to is, out of all those people, who could really benefit from the use of the car?” Lee said.

“Up here in the Midcoast, there is no public transportation,” Lee said. “Your car becomes your lifeline here.”

One of the most recent recipients of the giveaway was the Jones family in 2015. The family was struggling with transportation during their son’s nearly four years of treatment for cancer.

“We didn’t know that we’d been nominated until they called us up and said, ‘We have a car for you,’” Cathryn Jones said.

Cathryn Jones is the mother of Noah Jones, who was diagnosed at 14 with high-risk acute lymphoblastic leukemia, a rare cancer of the blood and bone marrow that affects the white blood cells.

“We had every single complication that a child possibly could have,” Cathryn Jones said. “We spent an ungodly amount of time in the hospital the first year of his treatment.”

Noah Jones was an “inpatient pretty steadily” at the Barbara Bush Children’s Hospital in Portland from March to December 2013. Due to complications, he only came home a few days each month, his mother said.

After 2013, Noah Jones went to the Barbara Bush Children’s Hospital and the Maine Children’s Cancer Program in Scarborough weekly for another three years.

“We were really struggling with reliable transportation because right in the middle of the whole thing one of our cars died,” Cathryn Jones said.

She said people knew about her son’s cancer and she is “99.9 percent” sure she knows who nominated her family.

She had read about the Atlantic Motorcar program, but didn’t think of her family as a potential recipient. 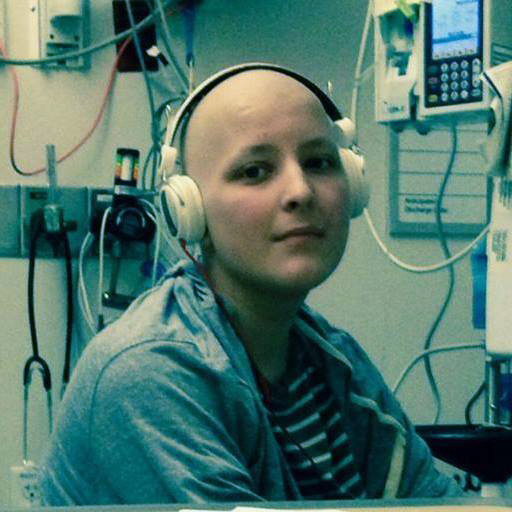 Noah Jones during his time in treatment. His cancer is now in remission. (Photo courtesy Cathryn Jones)

The Jones family often volunteers to help others. For example, Noah Jones started a toy drive for the children at Spring Harbor Psychiatric Hospital in Portland while he was at the Barbara Bush Children’s Hospital over
Christmas.

When Noah Jones was diagnosed, his parents had to cut back on school and work.

Cathryn Jones stopped attending nursing school at Southern Maine Community College. She is now a full-time student and will finish her degree in May.

Her husband, Tristram Jones, had to cut back teaching to take care of the other three boys, Sam, Ethan, and Elijah. He currently works as an adjunct professor at Husson University in Bangor.

“It was really difficult for us to all of a sudden need help from the community,” Cathryn Jones said, adding later, “Sometimes it’s much easier to be that person who brings the casserole instead of the one who receives the casserole.”

“We were very grateful to the community and to Atlantic Motorcar … for making it so much easier for us to get to Portland safely,” Cathryn Jones said.

When the family no longer needed the car, they decided to give it away with the dealership’s permission.

Through a friend, Cathryn Jones found a family with newborn twins whose mother had just been diagnosed with a rare form of cancer. Like the Joneses, the family had transportation issues to access treatment.

“I just thought, we don’t need this car anymore,” Cathryn Jones said. “We had gotten a newer car that could fit our entire family.”

“We just wanted the gift to be bigger than us and (wanted to make) the gift they gave give more,” Cathryn Jones said.

There was another twist in the story when the other family no longer needed the car and gave it back to the Joneses.

Noah Jones is now 19 and his cancer is in remission. He is a sophomore at St. John’s College in Annapolis, Md.

He goes for lab work and checkups every three to four months. Cathryn Jones said in three more years her son will “graduate” from the program.

She said that at this point, the Volvo is the family’s third car and they don’t need it anymore. However, the car’s story will not end there.

“It’s probably going to be donated to the Alna Fire Department in the spring” for extrication and lifesaving training, Cathryn Jones said. She is a member of the department. 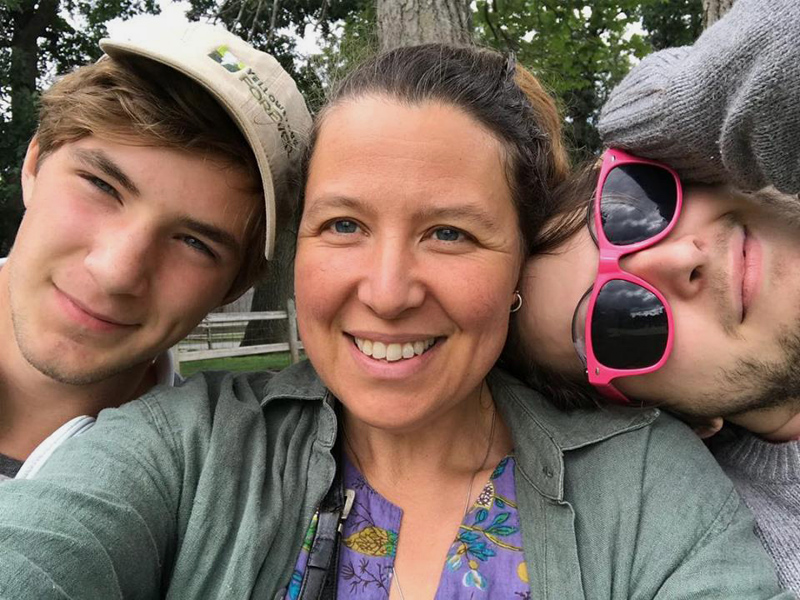 From left: Ethan, Cathryn, and Noah Jones. The Jones family was the beneficiary of Atlantic Motorcar Center’s car giveaway in 2015, when Noah Jones was undergoing treatment for cancer. (Photo courtesy Cathryn Jones)

As the other gift keeps living on, a new one is about to be given away.

“We’re hoping, just like Cathryn and the other people, we’re really looking to have one or two more success stories with these cars. That’s our goal, is to present those to somebody and really make a difference in somebody’s life,” Lee said.

The person receiving the car must have a valid Maine driver’s license and be able to afford to register and insure the vehicle.

The recipient will be announced Friday, March 29.

“It’s things like this that remind us that there is so much good in the world,” Cathryn Jones said.

“I feel like this is what it always comes down to, that that’s our job here – we’re supposed to take care of each other because nobody can do this by ourselves,” she said.