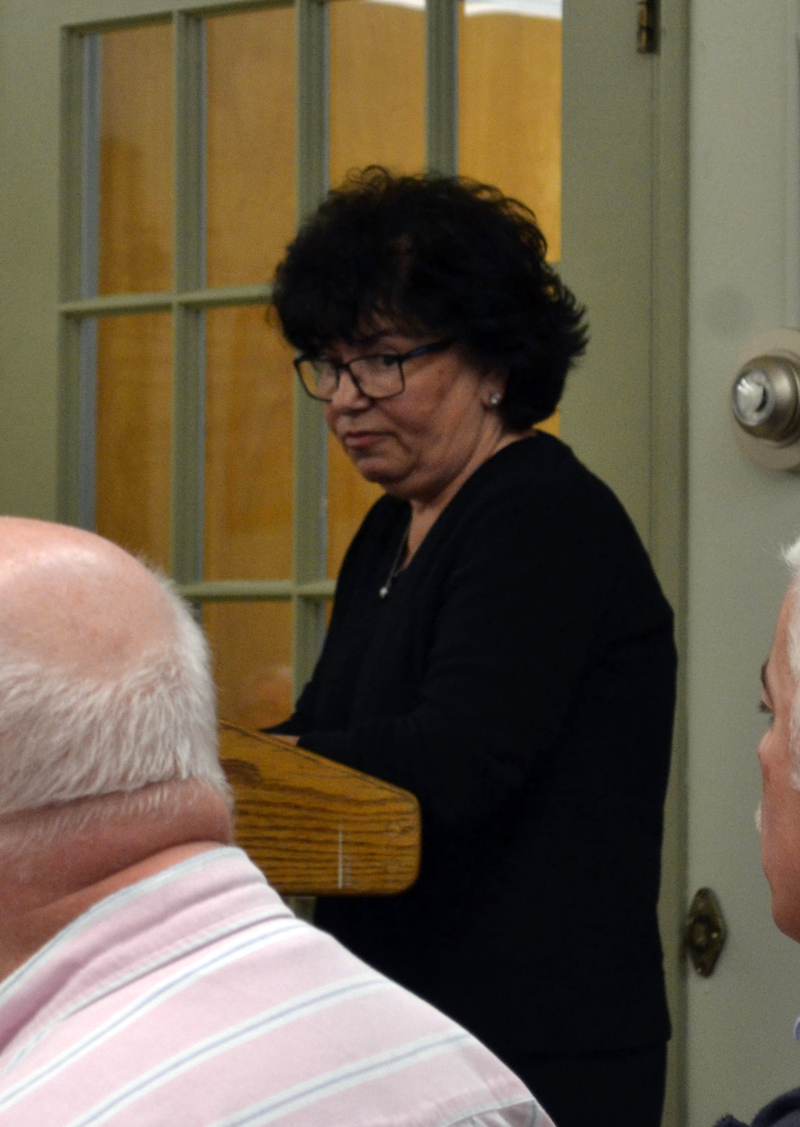 Resident Celeste Edwards speaks to the Wiscasset Board of Selectmen at their Tuesday, April 18 meeting about the “innappropriateness” of the treatment she received from the Wiscasset Historic Preservation Commission. (Abigail Adams photo)

The future of the current membership of the Wiscasset Historic Preservation Commission will be the subject of an upcoming public hearing.

The Wiscasset Board of Selectmen, on Tuesday, April 18, voted unanimously to hold a public hearing to solicit public feedback about the commission, and discuss the removal of each of the five current members of the board.

The decision was met with an outcry from the commissioners in the audience, with one member calling the decision “unbelievable.”

There have been several reports of inappropriate actions by the commission, Chair Judy Colby said. At the commission’s April 6 meeting, commissioners voted 4-1, with Reinhardt opposed, to notify selectmen that the commission expects the Maine Department of Transportation to apply for a certificate of appropriateness for the downtown traffic project.

The commission’s decision followed a presentation by attorney Robert S. Hark, who is representing the Doering family in a lawsuit against the DOT, which names Wiscasset as a party of interest to the defendant.

Resident Celeste Edwards’ application for a certificate of appropriateness for a fence on her property was denied at the April 6 meeting. Edwards spoke at the selectmen’s meeting and said she was “appalled” by the way the commission treated her.

Edwards bought a Fort Hill property without knowledge that a certificate of appropriateness was required for renovations to the house, she said. She installed a fence without first seeking the commission’s approval.

The application was on the agenda for several historic preservation commission meetings, but Edwards was unable to attend, she said. Edwards said several people informed her that the commissioners had “bad-mouthed” and “mocked” her during their meetings.

Kochan even contacted Edwards’ Realtor requesting confidential information about the property, Edwards said. “So many negative things have been said about me and my property,” Edwards said. “I’m so embarrassed I’m going to put my property up for sale and move.” 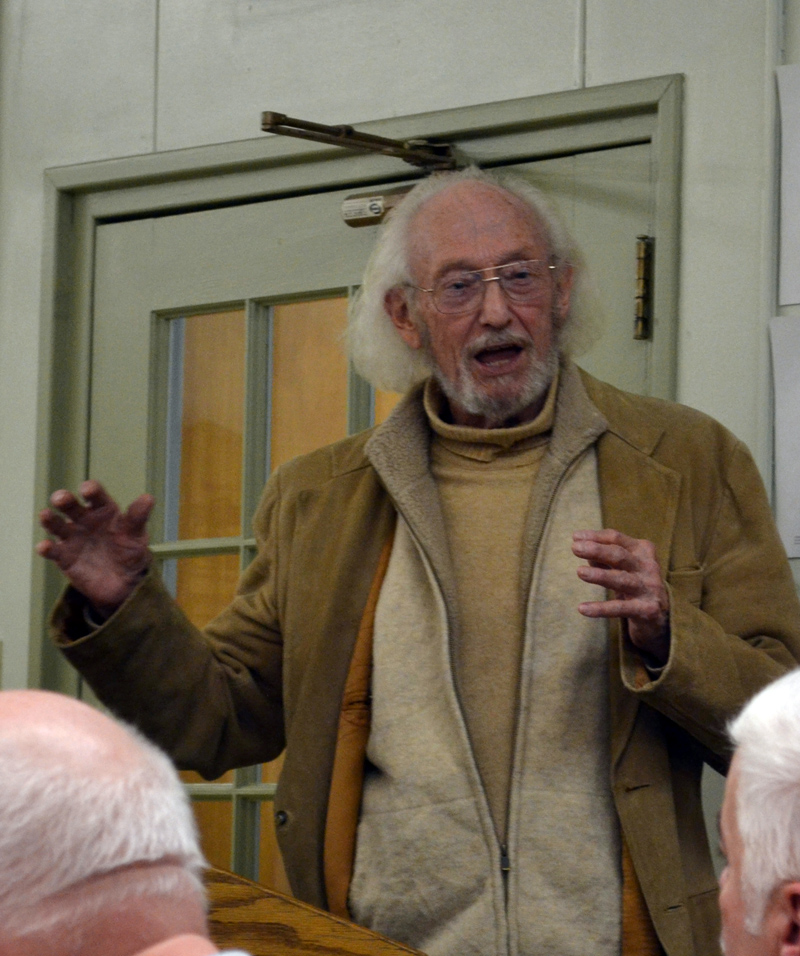 Colby said she has heard several reports from residents about difficult interactions with the commission. “Speaking for myself, I believe if you represent the taxpayers, you need to treat taxpayers with respect. I apologize,” Colby said to Edwards.

Colby’s comments were met with a round of applause from some people in attendance.

Reinhardt publicly apologized to Edwards for what he called her “perception” of the way the commission treated her. “The feeling on our part is that we’re not doing anything other than following the ordinance,” Reinhardt said.

Colby later called for a public hearing to discuss the removal of the “entire commission.” According to the ordinance, commissioners, who are appointed by the selectmen, can be removed “for just cause upon written charges and after a public hearing.”

The written charges are being worked on, Colby said.

Blagden said any discussion of the conduct of the historic preservation commissioners should have been handled in executive session.

Kochan said selectmen were acting on the “one-sided” story of an unhappy applicant.

Kochan’s partner, Kim Dolce, accused selectmen of attempting to remove the commissioners so the DOT would not have to go before them for the downtown traffic project.

There are “serious issues” with the commission that need to be addressed, Selectman Ben Rines said. “We need to do something, but I’m not sure we should throw the whole historic preservation commission out,” he said.

In reviewing the proposed amendments and identifying several issues with them, selectmen also voted unanimously on Tuesday to remove the changes from the warrant.

The public hearing on the historic preservation commissioners will be held Tuesday, May 9 at 6 p.m. at a location to be determined.