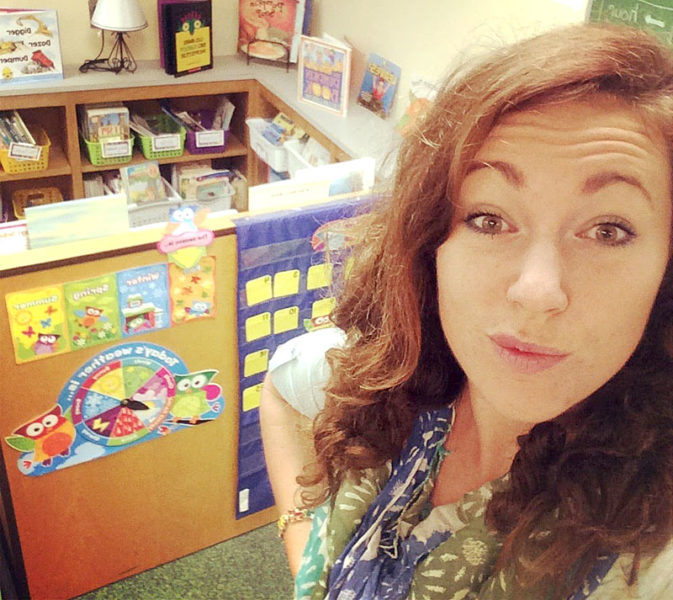 Clara Brown in her first-grade classroom at Wiscasset Elementary School. Brown is collecting donations for a costume swap to take some of the fear out of Halloween.

For some students, the fear associated with Halloween is not having a costume to wear. Recognizing the anxiety this created in some of her students last year, Wiscasset Elementary School first-grade teacher Clara Brown is organizing a costume swap.

Families and community members who drop off old Halloween costumes at the Wiscasset Elementary School will receive a ticket that will allow them to pick out a different costume from those that have been donated, Brown said.

“Were hoping this will reduce the financial burden of Halloween for some of our families,” Brown said. The success of the swap will largely depend on the number of donations received, Brown said.

The collection of costume donations has already begun, Brown said. Friends and family from across the country are participating and sending in costumes, she said.

The swap is based on a project Brown was involved in while attending college in North Carolina, where prom dresses were donated to girls in high school, she said.

Costume donations will be accepted until late October, Brown said. They can be dropped off or mailed to the elementary school. For those who are unable to drop off costumes, pickup of the costumes can be arranged, she said.

For more information about donating a costume, contact Clara Brown at cbrown@wiscassetschools.org or call Wiscasset Elementary School at 882-7767.