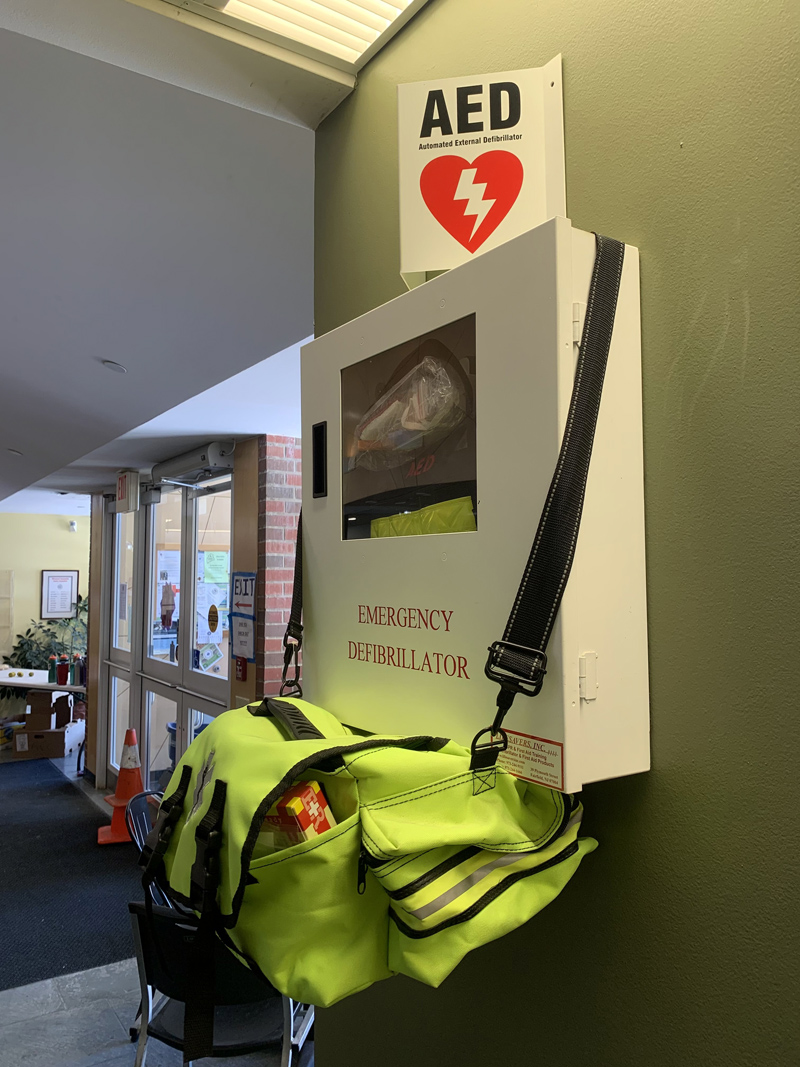 “Over the past year we have had one item after another decide it’s no longer able to work,” reads the start to the Wiscasset Ambulance Service’s Jan. 26 Facebook post calling for ideas from the community on how to address failing equipment. And fund its replacement.

The post went on to outline issues the emergency medical service department faces with outdated equipment that is no longer serviceable. When parts break, they simply can’t be replaced.

Wiscasset services seven AEDs in the town, including one at the Wiscasset Community Center that Facilities and Operations Manager Robert Macdonald has been diligently trying to make serviceable again. No luck. With parts unavailable, the only option is to purchase new ones. Wiscasset EMS is hoping to purchase 10 new AEDs in total.

“The AEDs are not specifically the EMS’s equipment, however, it makes our ability to save a life of an individual in cardiac arrest much higher than without AED intervention,” wrote Wiscasset Chief of EMS Erin Bean, who asked to communicate over email, having lost her voice to a cold.

For the most part, Wiscasset EMS is “in good shape” with its own equipment, Bean affirmed. There are a few notable exceptions. Bean noted that several pieces of equipment have failed over the past few months, and repair efforts thwarted with no parts available.

“They had been purchased ‘used’ to begin with and were over 10 years old. We had to replace them to continue to deliver care,” Bean added. “We had two stretchers and two cardiac monitors that had to be replaced. They are extremely expensive pieces of equipment.”

Still, the AEDs are a major concern. Bean referenced studies by the American Heart Association and other groups that show survival rates increase significantly with quick access to an AED during a cardiac arrest emergency.

After theirs stopped functioning, Bean said, the Wiscasset Community Center started borrowing an AED from the fire department. But that too will soon be just a painful decoration. Once its battery gives out, the community center will have to seek an alternative.

“The AEDs can’t be used any longer,” wrote Bean. “The batteries that power them aren’t being manufactured anymore.”

AEDs cost around $800 each to replace.

“I am currently looking for grants to purchase new ones,” Bean said in the post, referring to AEDs. “However, I figured I would reach out to the community for other ideas to get this vital piece of equipment replaced sooner.”