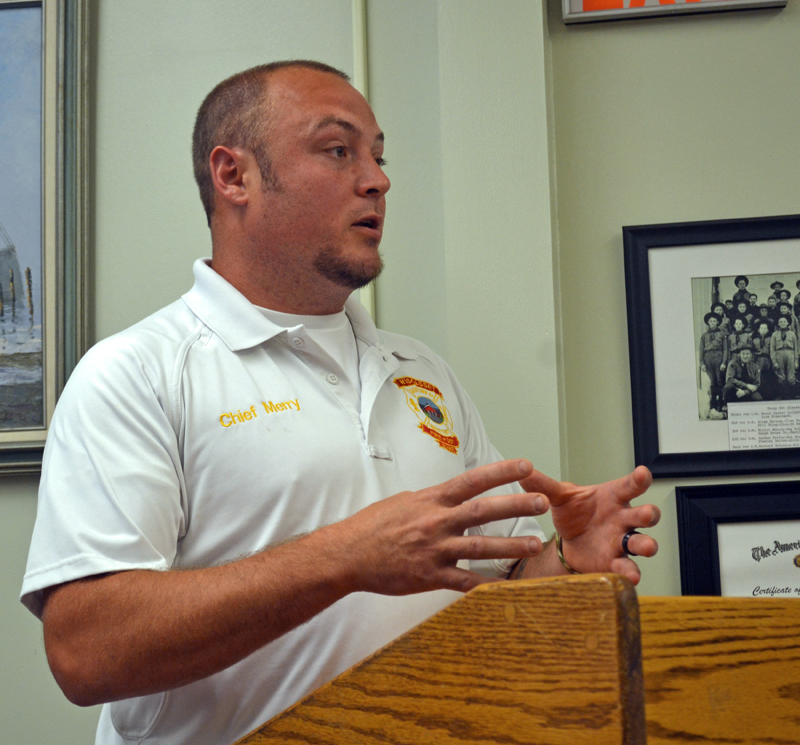 The Wiscasset Fire Department was taken by surprise by a recent proposal to merge the fire department with the Wiscasset Ambulance Service, Fire Chief T.J. Merry said.

Several members of the fire department attended the Wiscasset Board of Selectmen’s Tuesday, July 18 meeting seeking clarification. “Is this what you’re after?” Merry said of the proposal.

A merger has been mentioned in the past, but the selectmen have not seriously discussed the matter, Chair Judy Colby said. “I don’t know if this is something the board even wants to bring up,” she said.

In June, the selectmen approved Wiscasset Ambulance Service Director Toby Martin’s request to purchase personal protective gear that meets the needs of both the ambulance service and the fire department.

There has been no indication or initiative from the board to combine the two departments, selectmen said. “The only thing I was thinking about was cross-training,” Selectman Jeff Slack said.

“As long as we have a viable fire department, we should support it as is,” Selectman Ben Rines said.

Town Manager Marian Anderson suggested that she could meet with Merry and Martin first before bringing the conversation to the board, and the selectmen agreed.

In other business, Anderson asked the selectmen for guidance on whether to research options for the replacement of the Wiscasset Ambulance Service’s 2003 ambulance.

The ambulance has had several mechanical problems in the past, the door latches are now an issue, and it is “an uncomfortable ride” for patients, Deputy Chief Wendy Williams said.

“It’s an old vehicle, it’s done its job, but it’s at the tail end of working for us,” Williams said.

Remounting the box of the ambulance onto a new chassis would be a much cheaper alternative than replacing the ambulance, Williams said. A remount may become available through Auburn in December, she said.

The question of how to address the aging ambulance is time-sensitive, Williams said. In 2019, a new ambulance style will be introduced that will be too large for the bay doors at the department, selectmen said.

Selectmen authorized Anderson and the ambulance service to research options for remounts and report back to the board.