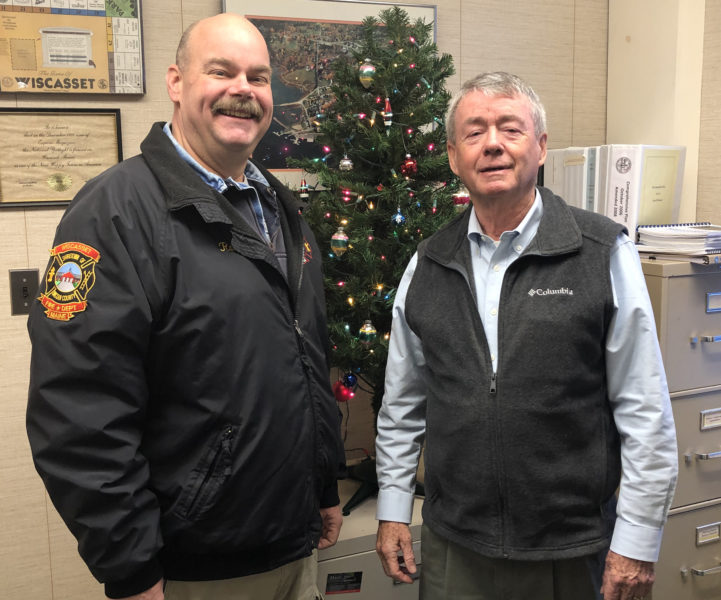 The membership of the Wiscasset Fire Department elected Bickford to take over for interim Fire Chief Peter Rines during a meeting the previous week, according to Town Manager John O’Connell.

There were two nominees for chief: Bickford and Tim Merry, chief from 1990-2010.

Rines will stay on for a month in an advisory capacity, according to O’Connell. He will report on an external audit of the fire department at the next meeting of the Wiscasset Board of Selectmen, Tuesday, Dec. 17.

O’Connell appointed Bickford chief after the department’s vote and he was sworn in at the town office Monday morning. He has served on the fire department since the late 1980s.

Bickford works as a supervisor at the Lincoln County Communications Center, across Route 1 from the Wiscasset fire station.

“I am excited about being in the position of chief again and I am anxious to move the department forward, into the future,” Bickford said.

O’Connell removed Fire Chief T.J. Merry from the position Sept. 4, citing the improper handling of a training burn at Huber’s Market in August. T.J. Merry had been chief since 2013. Tim Merry is his father.