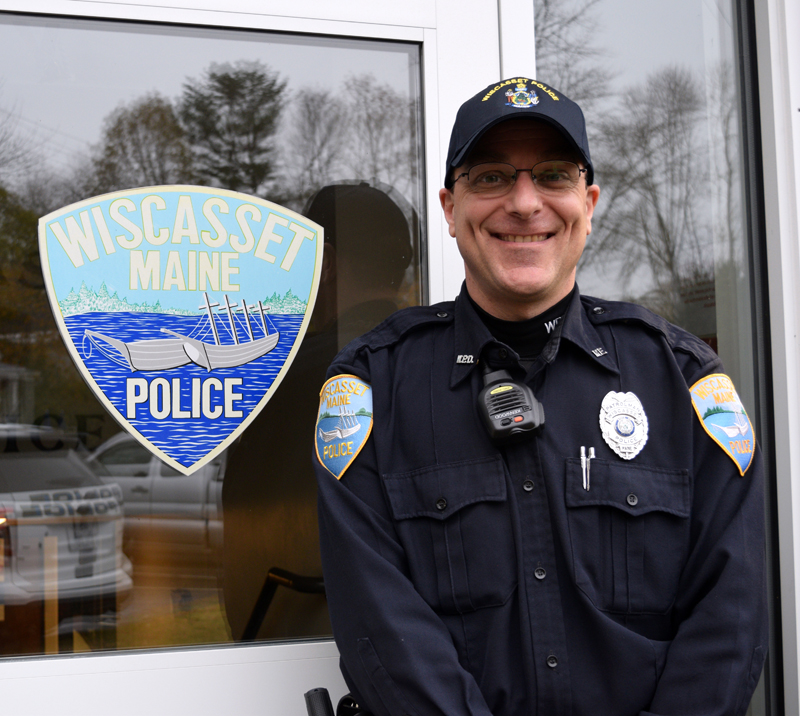 A Wiscasset man will draw on his childhood experiences with domestic violence and his more recent experience in corrections in his new job as school resource officer.

Cory Hubert, 50, of Wiscasset, was hired Oct. 22. He will report for duty in the town’s schools around the end of November. First, he must complete several weeks of work with a field training officer.

Hubert replaces Craig Worster, who has continued to fill the role as school resource officer since his promotion to patrol sergeant in September 2017.

Before going to work in Wiscasset, Hubert worked at the Maine State Prison in Warren for five years, most recently as a medical security officer in the infirmary. He worked as an auto mechanic for 16 years before that.

Hubert plans to attend the 18-week Basic Law Enforcement Training Program at the Maine Criminal Justice Academy in January or August of 2019. He will be a “nontraditional cadet” because of his age, he said.

After basic training, he will attend advanced training for school resource officers.

“Even at a young age I was very intrigued by what law enforcement stood for and how (officers) presented themselves,” Hubert said. “In the back of my mind, I always had this idea that I was going to be in uniform some day.”

Hubert has three adult daughters from a previous marriage. He is engaged to Lisa Fourre.

Hubert applied for a position at the Wiscasset Police Department after seeing a television interview with Sgt. Craig Worster when Worster was the only full-time officer at the department.

“My motivation for (this) position comes from my own childhood experiences. I grew up in a domestic violence household,” Hubert said.

At the prison, many inmates grew up around domestic violence as well – or substance abuse, or both.

“If I can keep some of (the children) from going down that path and winding up in state prison, that will give me some great satisfaction in my job,” Hubert said.

As school resource officer, Hubert will spend most of his time at Wiscasset Middle High School, but will visit Wiscasset Elementary School as well.

The school resource officer can provide a quick response to in-school emergencies or crimes, but also provides guidance and support to students, in school or out. Hubert’s goal is to build rapport with students and faculty.

“I’ve been told by a lot of people that it might be (more) difficult sometimes dealing with kids than it is with adults, but my time in the prison has shown me that a lot of the inmates that are up there are kids that have lost their way,” Hubert said.

He will work from 7 a.m. to 3 p.m. Monday-Friday. During the summer, when school is out of session, he will work as a regular patrol officer.

Like the town’s previous school resource officers, Hubert will continue to have an office at the middle high school. However, he does not plan to spend much time there; instead, he wants to be visible around the school.

Since taking the position, he has toured the schools and met the administration and staff of the middle high school and some staff at the elementary school.

Police Chief Larry Hesseltine plans to restart the D.A.R.E. program at the elementary school, and Hubert said he is willing to help if needed.

“The younger you reach the kids, the better success in the future, and that’s important,” he said.

The Wiscasset Police Department is now at full capacity with Hubert’s hiring and the hiring of Jonathan Barnes as a patrol officer. Barnes started work Monday, Nov. 5.

Hubert and Barnes will participate in a swearing-in ceremony during the Wiscasset Board of Selectmen’s meeting Tuesday, Nov. 6.

“My goal when I came here was to hire community people, and I think I have done that with Officer Hubert and Barnes,” Hesseltine said.