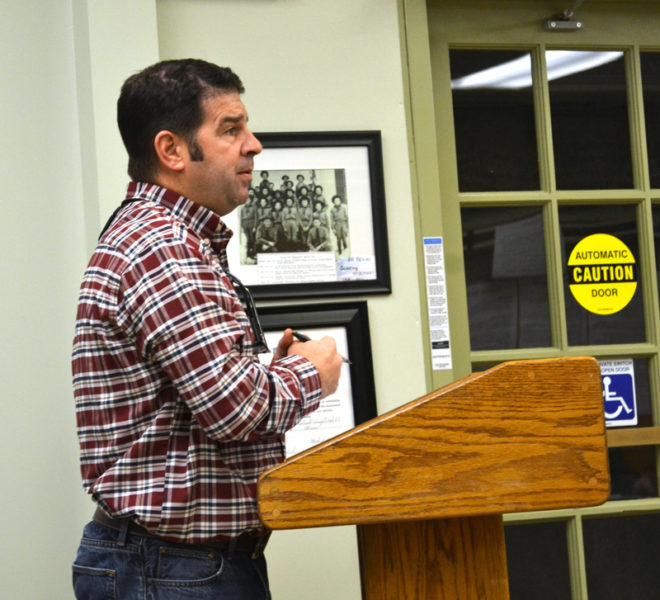 In a letter dated Tuesday, March 21, Wiscasset Parks and Recreation Director Todd Souza announced his resignation, effective April 15. The Wiscasset Board of Selectmen accepted the letter with deep regret in a 4-1 vote during their meeting later Tuesday.

Selectman Lawrence Gordon voted in opposition. “I told him I wasn’t going to accept it,” Gordon said. “He’s a good man.”

Souza accepted a position as the director of community services in Scarborough, he said. In his new capacity, he will be responsible for Scarborough’s parks and recreation department, which includes the town beaches and an assortment of town functions.

Souza was not actively searching for a new position, but the job “popped up,” Souza said. “I thought it would be a good process and a good learning opportunity.”

While he is excited and thankful for the new opportunity, leaving Wiscasset is “bittersweet,” Souza said. “I love my department. I love my staff. The next couple of weeks will be hard.”

Souza has worked for the Wiscasset Parks and Recreation Department since 2002, when he was hired as assistant director. He has worked as director since 2003.

In his resignation letter, Souza thanked Wiscasset selectmen, the town manager, and the citizens of Wiscasset for believing in him 14 years ago.

The parks and recreation department has undergone many changes and Souza and the department’s staff – many of whom are also longtime employees – have “grown together,” he said.

The department is currently in a good place with a new online registration system and solid programming, Souza said. His focus for the next few weeks will be to ensure that the department remains in a good spot until a new director is hired.

“I have complete faith in the staff,” Souza said.

“It has been my pleasure for the past 14 years to serve the citizens of Wiscasset and its surrounding communities,” Souza wrote in his resignation letter. “I am very proud of this department, its staff, committees, and volunteers.”

Parks and recreation is an essential and often overlooked service, Souza said. “It’s about recreation, health, wellness, and community. We all need that.”

Souza said he looks forward “to supporting and serving (the parks and recreation department) as a resident.”