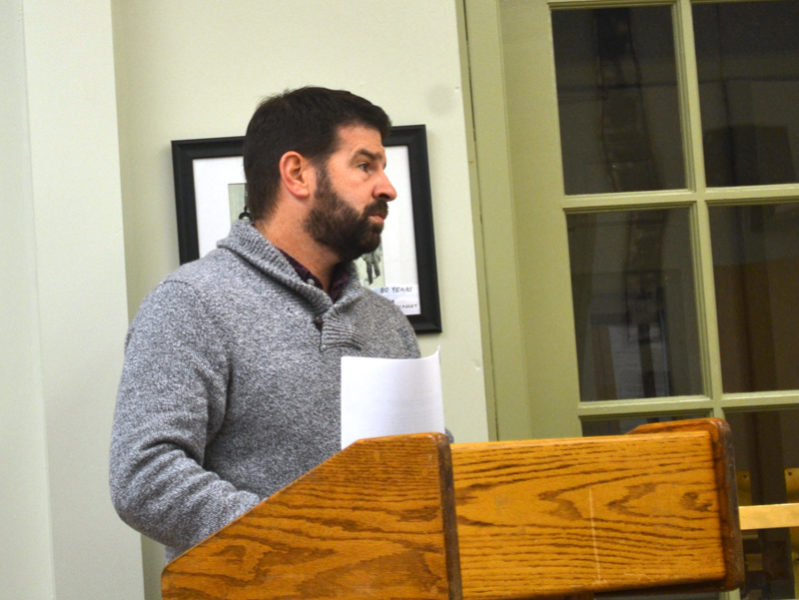 In less than three weeks, the Wiscasset Parks and Recreation Department must increase the wages for several part-time employees due to the passage of a referendum question to raise the minimum wage, Director Todd Souza said.

In a presentation to the Wiscasset Board of Selectmen on Tuesday, Dec. 6, Souza brought the situation to the attention of the selectmen and asked for guidance on how to discuss the change with employees.

With eight of the department’s 40 part-time employees affected by the change in the minimum wage, the increase will have a significant impact on not just future budgets, but the current one, Souza said.

“I’m not saying they don’t deserve the increases,” Souza said. “This is just about planning and preparation.”

“An Act to Raise the Minimum Wage” is set to become state law after passing with 55.48 percent of the vote on Nov. 8, according to unofficial election results. The law raises the minimum wage from the current $7.50 an hour to $9 an hour effective Jan. 1, 2017 and by $1 each year thereafter until the minimum wage reaches $12 in 2020.

After 2020, the minimum wage will rise automatically with any annual increase in the cost of living.

The increases in the minimum wage are much larger than a 2 percent cost-of-living increase provided to other staff, Souza said.

“We need some sort of a plan to keep our present employees and attract new ones,” Souza said. The department has a great staff that Souza would like to keep, he said.

Souza agreed to put together a sliding pay scale to present to selectmen to show the impact of the new law on the department’s staff and budget.

“I’d like to see the scale before (the budget meetings),” Chair Judy Colby said.

“To keep personnel, this may be something we need to deal with before June,” she said.