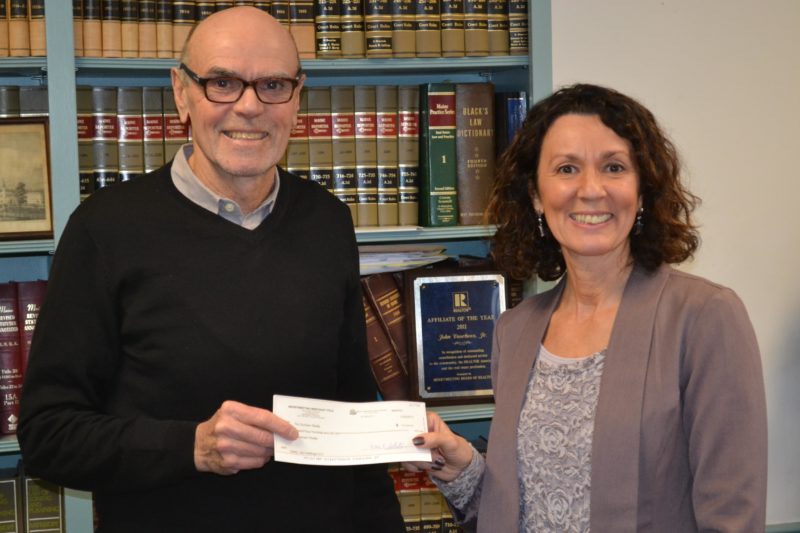 After about 18 months on the market, Wiscasset’s former primary school has been sold to the four investors of JSJ Holdings LLC for $505,000. The closing on the property was finalized on Monday, Jan. 30 at the MerryMeeting Midcoast Title LLC in Brunswick.

Managing shareholder Steve Barndollar, of Portsmouth, N.H., accepted the title from realtor Sherri Dunbar, of Tim Dunham Realty, and arranged to receive the keys to the building, for which JSJ Holdings LLC has preliminary plans to transform into residential units, Barndollar said.

JSJ Holdings LLC intends to take time to perform feasibility studies and identify a marketing agency to work with to identify housing needs in the area and develop a model that will work for the community, Barndollar said.

There are plans on the table to convert the building into 20 to 25 one- or two- bedroom apartment units that may be marketed as senior, or general housing, Barndollar said. The investors are also exploring a “co-habitation” housing model, or mixed housing for young adults and senior citizens, which is gaining popularity in Europe, he said.

The investors intend to keep the modular framework of the primary school and make use of the facility’s gym and kitchen, Barndollar said.

Jon Williams, of Westport Island, owner of The Atlantic Red Crab Co., of New Bedford, and dubbed the “the crab king” in media reports for his efforts to rejuvenate the Atlantic deep-sea red crab’s popularity on the retail market, was the impetus for the project, Barndollar said.

Williams recruited John Walsh, of Seattle, Wash., and Bruce Medeiros, of New Bedford, Mass., both colleagues in the fisheries, to join himself and Barndollar in forming JSJ Holdings LLC and invest in the property, Barndollar said.

Barndollar met Williams in the late 1990s through his former company Seatrade International, which marketed scallops and other seafood products, along the East coast, he said. Barndollar also previously worked for Citibank, and was involved in international housing developments, he said.

The opportunity to purchase the primary school arose quickly, with Williams first viewing the property after Wiscasset had already entered into a purchase-and-sale agreement with another potential buyer in October, Dunbar said. Williams asked to be next in line if the deal fell through, which it did in mid-December.

Wiscasset will receive $464,425 for the sale of the 11.6-acre property after closing costs, Town Manager Marian Anderson said. Selectmen said they were thrilled by the sale of the property, and are “looking forward to future new jobs and continued economic development in the Wiscasset community,” Anderson wrote in an e-mail.

Selectmen thanked Dunbar for her hard work in negotiating the sale. The Wiscasset Primary School was turned over to the town and listed on the market in 2015, following a school committee and town-wide vote to close it and transition to a two-building department.

The property was initially listed at $895,000 before undergoing several price drops to attract buyers. “I’m very pleased,” with the sale, and JSJ Holdings LLC has been great to work with, Dunbar said.

JSJ Holdings LLC intends to take time to conduct research, but once complete will move forward with developing the property “in a reasonable time frame,” Barndollar said. Barndollar was unsure whether a proposal would be ready to present to the Wiscasset Planning Board at their Feb. 13 meeting.