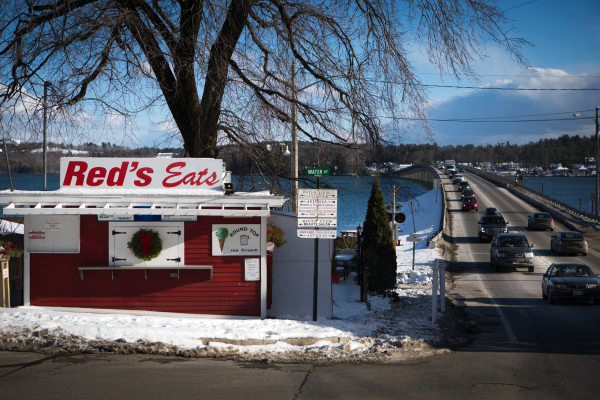 The owners of a number of downtown Wiscasset properties have asked a Superior Court justice to halt a $5 million Maine Department of Transportation project designed to ease traffic along the section of Route 1 that makes up Main Street, saying the plans have changed substantially since voters approved them in June.

Ralph H. Doering and his family, doing business as Wawenock LLC, Bermuda Isles LLC, 48 Federal Street LLC, and 32 Middle Street LLC, on Monday, Feb. 13 filed a motion for a preliminary injunction in Lincoln County Superior Court. The suit names the town of Wiscasset and the DOT, according to copies of court documents provided by Portland attorney Robert S. Hark, who represents the Doering family.

The Doerings allege that state transportation officials’ public participation process and ongoing eminent domain proceedings are “flawed,” and that the state opted to forgo $4 million in federal funding – 80 percent of the cost of the project – in order to skirt accompanying federal historic and environmental regulations.

The plaintiffs say the DOT failed to make a public disclosure prior to the June vote that, contrary to projections presented to voters, a 1997 traffic study, with projections through 2015, concluded that altering Main Street would have no effect on Wiscasset’s downtown traffic delays.

Among other objections, the complaint alleges that prior to the June vote, DOT officials told voters they would not take any property by eminent domain. However, after the vote, the state began eminent domain proceedings against property owned by the plaintiffs on Main and Middle streets. The complaint also states that the DOT “has recently announced its intention to take more side-street parking on Water and Middle streets, and to remove handicapped and delivery areas on Main Street.”

In June, Wiscasset residents voted in a nonbinding referendum to support one of three options for traffic changes.

At the time, the DOT told voters that the Federal Highway Administration would fund 80 percent, or $4 million, of the $5 million project, which would also require that the project comply with federal historic and environmental standards.

But in September, residents learned the DOT would forgo the federal funding and use the dollars on other state projects. That meant the project was no longer bound by federal historic and other restrictions.

“What makes (the DOT’s) rush to complete this project inexplicable … is that based upon statistics available to (the DOT), given the historically demonstrable annual growth rate in traffic count, at the end of approximately five years, the same problem (the DOT) says it will address, will be back,” Hark wrote in the complaint. “So, (the DOT) seems oblivious to destroying the economy and historic fabric of Wiscasset Village, for what will be at best a temporary amelioration of a problem that it itself asserts occurs only two months a year.”

Plaintiffs seek a “valid” referendum vote after the DOT discloses the costs it intends the town to pay, and after the DOT shows the project will comply with all applicable historic preservation standards.