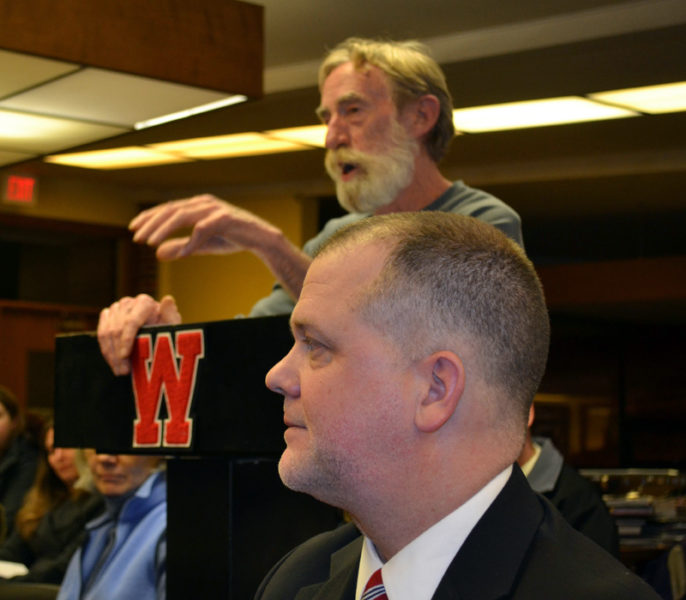 The Wiscasset School Department and RSU 12, once a single school unit, are considering joining forces to provide pre-kindergarten opportunities to Alna and Westport Island students.

The relationship will require a formal contract between the two districts. It is too early to say what the terms of the contract will look like, Wiscasset School Department Superintendent Heather Wilmot said. She expects the contract to take several months of negotiations to develop.

RSU 12 recently received a U.S. Department of Education grant to expand its pre-kindergarten program, which enabled the district to open five full-day classrooms in the district. The classrooms are in Chelsea, Somerville, Whitefield, and Windsor, however, which makes pre-kindergarten inaccessible to many families in Alna and Westport Island, said Ralph Hilton, who represents Alna on the RSU 12 board.

RSU 12 also met with the Edgecomb School Committee in November to explore the possibility of providing pre-kindergarten programming to Alna and Westport Island students. The Edgecomb Eddy School, however, does not currently have a pre-K program.

The Wiscasset School Department launched a universal pre-K program about two years ago, which it recently transitioned from half-day to full-day classes, Wilmot said.

The full-day program is one of several requirements of the Department of Education grant, Tuttle has said. In a preliminary meeting in mid-January, representatives from Wiscasset and RSU 12 met to discuss the steps necessary for pre-K students in Alna and Westport Island to be able to attend Wiscasset’s program.

The meeting was “positive and productive,” Wilmot said.

“I feel really good about this,” said Wiscasset School Committee member Chelsea Taylor, who will sit on the pre-K committee that will negotiate with RSU 12.

RSU 12 representatives highlighted their desire for a contractual relationship with Wiscasset, and expressed the importance of providing busing to Alna and Westport Island pre-K students, Wilmot said. RSU 12 is also interested in ensuring pre-K students would have access to continued educational opportunities in Wiscasset.

Currently, RSU 12 does not cover tuition payments for pre-K students, which will be a factor in future negotiations with Wiscasset and a consideration as RSU 12 prepares its 2017-2018 budget, Tuttle has said.

Wiscasset also does not currently provide busing to pre-K students, something that has been a barrier for many families. Transportation will need to be given careful consideration as negotiations progress, Wilmot and school committee members said.

While there are several factors that need to be taken into consideration, the pre-K partnership has the potential to be “a budget help to you and an educational help to us,” Hilton said to the Wiscasset School Committee. “I hope we can work this out.”

The philosophy that will guide the Wiscasset School Department in its negotiations with RSU 12 is “doing right by our students and doing right by our community,” a mantra of the school department, Wilmot said. The contract would help Wiscasset increase its enrollment and revitalize its school system – two responsibilities Wilmot took on when she accepted the position of superintendent, she said.

In 2013, Wiscasset voted to withdraw from RSU 12 and establish an independent school district. A contract for a pre-K partnership would not affect the withdrawal agreement, Wilmot said.