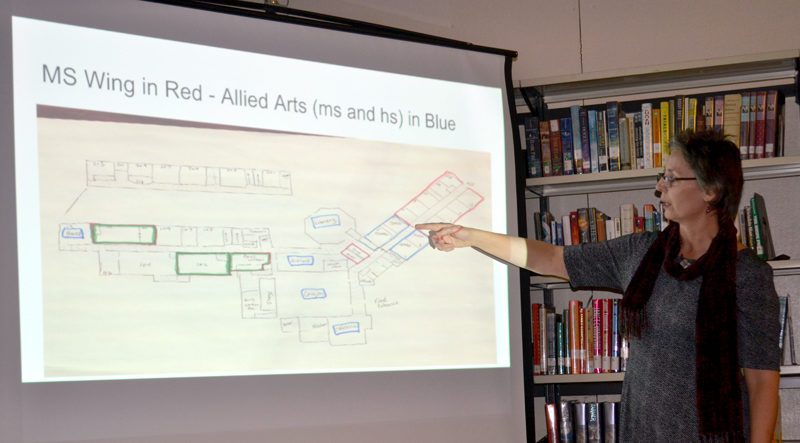 The Wiscasset School Committee could soon vote on whether to move sixth grade from Wiscasset Elementary School to Wiscasset Middle High School for the 2017-2018 school year – a move administrators say is the right thing to do.

During a discussion following an informational session for parents Thursday, Feb. 16, the school committee debated whether to take official action on the move during their March meeting, or postpone a vote to a future meeting, to allow for more community outreach.

While school committee members expressed support for the move, some expressed concern that March might be too soon for a vote. The committee decided to include an informational update on the proposed move on the March agenda, with the committee to decide when it feels it is appropriate to take action.

Andersson spoke in favor of the move, noting the positive impact it would have on the middle school sports program and the math team, but relayed some concerns she has heard in the community.

“In terms of education, there’s been a lot of knee-jerk decisions,” Andersson said. “It would be great if we could get the word out in the community that this is not a knee-jerk.”

Incorporating the sixth grade into the middle high school was previously discussed, but did not come to fruition at the time due to concerns about space and due to other factors, school committee member Glen Craig said.

The district is now approaching its fourth year since Wiscasset withdrew from RSU 12, and for the first time in its history has a superintendent committed to a multiple-year contract, Craig said. “We have stability now that we never had before,” he said. “Now we have the foundation.”

Moving sixth grade to the Wiscasset Middle High School would not have been proposed if the building could not accommodate a middle school wing to minimize the contact of younger learners with high school students, Superintendent Heather Wilmot said.

Creation of the wing would require relocating about nine high school classrooms from their current location to the opposite side of the building, Wiscasset Middle High School Principal Peg Armstrong said. Renovations would need to be done to the classrooms on the back wing to accommodate the additional high school classrooms, she said. 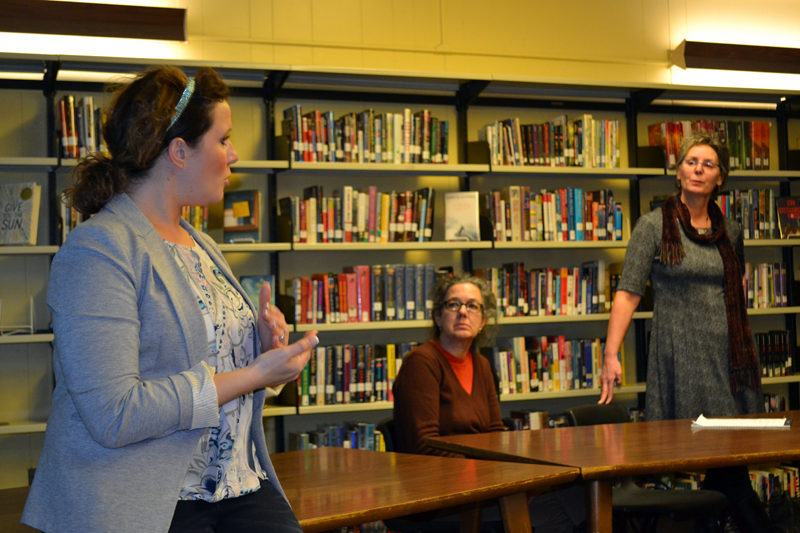 The unused portion of the current technology space has been identified as an area where additional classrooms could be created, Armstrong said.

The majority of construction for the renovation could be done in-house and is not expected to have a significant impact on the facilities and maintenance budget, Wilmot said.

While she said she could not speak to decisions made before her tenure, Wilmot said it was her “strong professional opinion that middle school learners need to be together.”

“I don’t know what happened before, but we’re forward-thinking, and what we have are some great opportunities” to create high-quality programming for students, Wilmot said.

The national education standards consider grades six through eight to be an academic group, Schlein said. There is currently a lot of juggling at the elementary school to incorporate the sixth-grade curriculum, she said.

Some sixth-graders already travel to the middle high school for math instruction, Armstrong said. Placing the grades together will bring cohesiveness to the curriculum and help students achieve Maine’s proficiency-based learning requirements.

“For me, this is the right thing to do for middle school programming,” Armstrong said.

In considering the move, every detail, down to the additional dirt that would be brought into the middle high school by adding students, is being considered, Wilmot said. “Shifting students is not something we take lightly,” she said.

Wiscasset School Department guidance counselor and parent Shaye Paradis encouraged the administration to reach out to high school students to discuss the relocation of the high school classrooms. Many students may be upset about losing what has been their primary space in the school, she said.

Several high school students have emailed the superintendent’s office posing “a lot of thoughtful questions” in “some of the most formal emails I’ve ever received,” Wilmot said. The administration will continue to reach out to parents, students, and the community to solicit feedback and hear concerns about the potential move, she said.

The move is being proposed because the administrative team feels it is what is best for students, Wilmot said. “Our kids are why we’re all here,” she said.

The proposal was generally well-received by the several parents in attendance at the informational session, although some raised questions.

Kristen Whitmore, a parent of a fifth-grader, said she can see both pros and cons to the proposal. While her son is excited to “be with the big kids,” sixth-graders need a lot of supervision, especially while walking the hallways and around dismissal, she said.