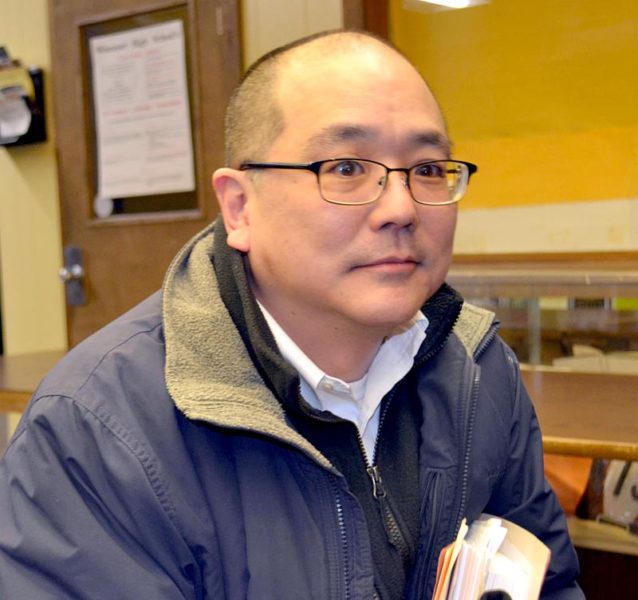 The action reaffirmed the school committee’s unanimous Dec. 15 vote to authorize the contract with Siemens Inc. to complete energy-efficient improvements to department buildings. The Wiscasset Board of Selectmen has objected to the contract as entering the town into a long-term debt obligation without voter approval.

In one of several heated exchanges with school committee members, some selectmen accused the school committee and Wilmot of “showing contempt for voters” and “trying to pull a fast one” for not bringing the contract to a special town meeting.

While maintaining that it had followed the process outlined in state statute to enter into an energy conservation performance contract, the school committee voted unanimously in early January to reverse course and send the energy project to voters in a special town meeting.

The Wiscasset Board of Selectmen had voted in early January to hold an open special town meeting to consider a moratorium on marijuana-related businesses. The energy contract was added to the warrant for the meeting, but the selectmen voted against the warrant 3-1 on Jan. 17.

Everyone “was stunned,” school committee Chair Michael Dunn said Jan. 26. “The select board had, at that point, chosen to deny the vote they had felt so compelled to push for.”

Selectmen cited low voter turnout at open meetings, a need for more public education about the project, and a petition to consider alternative education options for Wiscasset’s high school students as reasons to instead hold the special town meeting by referendum.

Selectmen scheduled a meeting for the following day to sign a warrant for a special town meeting by referendum, which requires a 45-day notification period. The selectmen’s meeting was later canceled so the town could include the recommendations of the budget committee and school committee on the warrant.

On Jan. 26, the school committee also voted to unanimously recommend the energy contract if feedback from the town indicates a special town meeting by referendum is needed.

As of press time, selectmen have not rescheduled the meeting to consider the special town meeting warrant.

Wilmot has said the school department risks losing $91,000 in rebates for energy-efficient improvements if the contract is not secured with Siemens in March and work does not begin in April.

The tax-exempt energy conservation performance contract the school committee reauthorized on Jan. 26 has been in development for more than a year, and has been the topic of several public workshops, meetings, and presentations, Dunn said.

The school committee has now twice authorized Wilmot to secure a 16-year lease purchase-agreement to finance the $1.75 million contract. Energy savings and rebates for energy-efficient improvements will cover the majority of lease payments. Wilmot has said the contract is projected to result in a net increase of about $69,500 a year to the school budget.

The school budget is presented to voters twice for approval. Wilmot has said that if the town does not appropriate the funds for payments, the financial institution could repossess installations, such as lighting fixtures, associated with the project.

“This energy conservation project is important for both our community and our students,” Wilmot said in a statement explaining the school committee’s actions Jan. 26. “This type of project will not only improve student learning environments, but also helps to address years of deferred maintenance in a cost-effective manner.”

In their interactions with the school committee, the board of selectmen “has taken a somewhat confrontational approach,” Dunn said. “I think they may have a preconceived notion that in this town it has to be ‘us against them’ and that this project was pushed through blindly with no thought given to financial implications.”

Wiscasset voted to withdraw from RSU 12 to have more local control over its schools and prevent school buildings from falling into disrepair, Dunn said.

“We took an oath to do right by this town, and most importantly, our children,” Dunn said. “We operate under the premise that we are here to build this school system up, not tear it down.”

Board of selectmen Chair Judy Colby, in response to the school committee’s vote, said, “I have never been opposed to the project, only the process in which it was funded. I wish the project was a stand-alone article in the school budget, but Title 20 of the state statutes gives school boards guidance in that matter.

“We have to respect each other’s position as public officials and move forward for the betterment of the children and taxpayers of Wiscasset.”