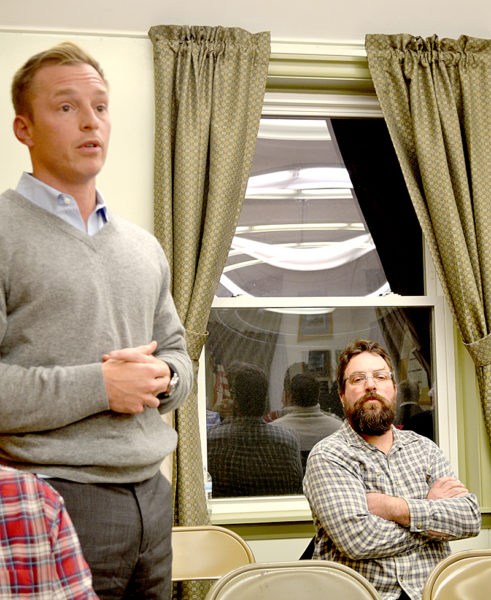 The energy conservation project the Wiscasset School Department has worked for the past year to develop came under fire from the Wiscasset Board of Selectmen at the board’s Tuesday, Dec. 6 meeting.

Selectmen questioned the legality of the Wiscasset School Committee’s pending decision on a $1.8 million contract with Siemens for energy-efficient improvements to school buildings, which would add about $50,000 to the school department’s budget each year throughout the life of the loan, according to initial estimates.

Selectman Ben Rines called the expense “outrageous” and questioned how the school committee could enter into a $1.8 million contract without voter approval.

Selectman David Cherry referred to the process the school department is following to authorize the contract as pulling a fast one. Chair Judy Colby said she shared the sentiment.

The project grew out of an identified need in a budget survey distributed by the school department in preparation for the 2015-2016 budget, with several responses expressing concern about the condition of school buildings, Wiscasset School Department Superintendent Heather Wilmot said in a presentation to the board. 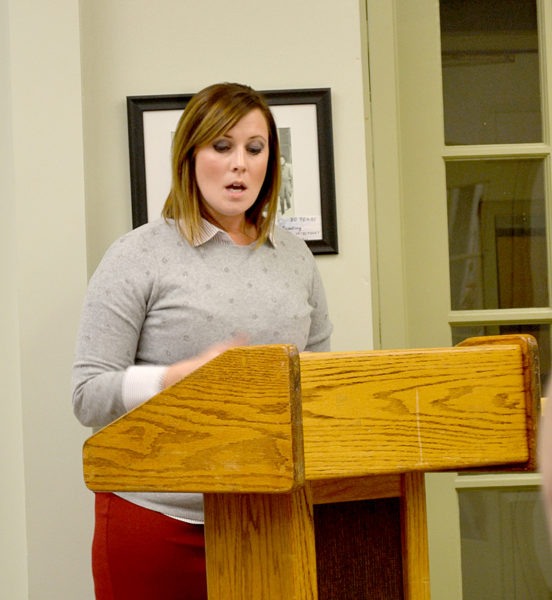 The school department followed the legal process outlined in state law and in school policy for entering into an energy conservation performance contract, which included placing the project’s development out to bid, interviewing energy service companies, and selecting a company to perform an energy audit of school buildings, Wilmot said.

The school committee selected Siemens as its energy service company, and has worked to develop a project that will allow the most work to be completed in the most cost-effective manner, Wilmot said.

The contract acts as a lease-purchase agreement, with the school department owning the equipment installed as a result of the project, such as windows, walls, temperature controls, and boilers, after the lifespan of the loan, Seekins said.

According to initial financing estimates presented to the Wiscasset School Committee more than a month ago, repayment of a 20-year loan would add about $50,000 annually to the school department’s budget. The annual loan payment would be higher than $50,000, but the remaining amount would be covered by the savings in energy costs and in rebates the school department would qualify for.

Currently, the school committee is considering a 16-year loan with interest rates between 3 percent and 3.5 percent, Wilmot said. A finalized financing proposal will be presented to the Wiscasset School Committee at its Thursday, Dec. 15 meeting, when the committee plans to vote on whether to authorize Wilmot to execute a contract with Siemens for the project.

If approved, the annual cost of the project will be incorporated into the facilities and maintenance cost center in the 2017-2018 budget, Wilmot said, which will follow the standard procedure for voter approval.

Each year, the school budget adopted by the school committee goes through a town meeting process for approval and is again voted on as a warrant article at the annual town meeting in June.

Selectmen asked Wilmot how the school department could enter into a contract that would bind taxpayers to future loan payments without voter approval.

Colby grilled Wilmot on what would happen if the school budget was voted down, asking if cuts would have to be made to educational programs and services to make the loan payments.

The process the school department is following has been reviewed by town and school attorneys, Town Manager Marian Anderson said, and it is legal.

The lease-purchase agreement is different from a bond, which does require voter approval, because the bank assumes the risk, not the taxpayer, Wilmot said.

The contract will have a “non-appropriation clause” which releases the school department from the responsibility to pay the loan if voters do not appropriate funds for it, Seekins said.

“You’re held to nothing. You commit to nothing,” Seekins said.

Wilmot thanked the selectmen for their feedback, but said she disagreed with some of the comments. The deferred maintenance of school buildings is having an impact on the learning environment of students, and doing what is right for students and the community is guiding her work as superintendent, including her work to develop the budget, Wilmot said.

As part of the energy audit, Wilmot required Siemens representatives to interview teachers to understand the issues teachers and students were experiencing in the classroom; it was the first-time Siemens had been asked to do something like that, Seekins said.

Problems with lighting and temperature control were heard across the board, Seekins said.

The furnace in the central office is also on the verge of collapse, Wilmot said.

Wilmot was unsure of how the school committee and school department would move forward with the energy contract if the school budget is voted down.

The process for the development of the 2017-2018 school budget is underway with a survey currently in circulation in the community to identify budget priorities, Wilmot said.

Resident Richard Thompson spoke after the exchange between selectmen and Wilmot. He took issue with some of the comments selectmen directed to Wilmot, which Thompson said crossed the line from criticism of the project to a personal attack.