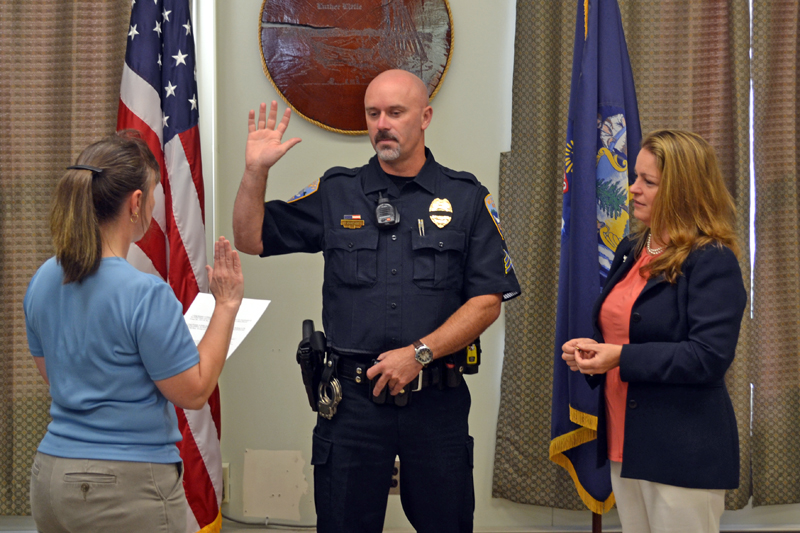 Worster is the department’s school resource officer, a position he will remain in until the department finds a replacement. He intends to continue to work with the schools after he leaves the position, he said.

“I enjoy it,” Worster said. “I like working with the kids.”

Worster is working on a CPR training program at Wiscasset Middle High School with the goal of having all students over 16 CPR-certified. It is one of many new programs and initiatives he hopes to introduce in the coming months. 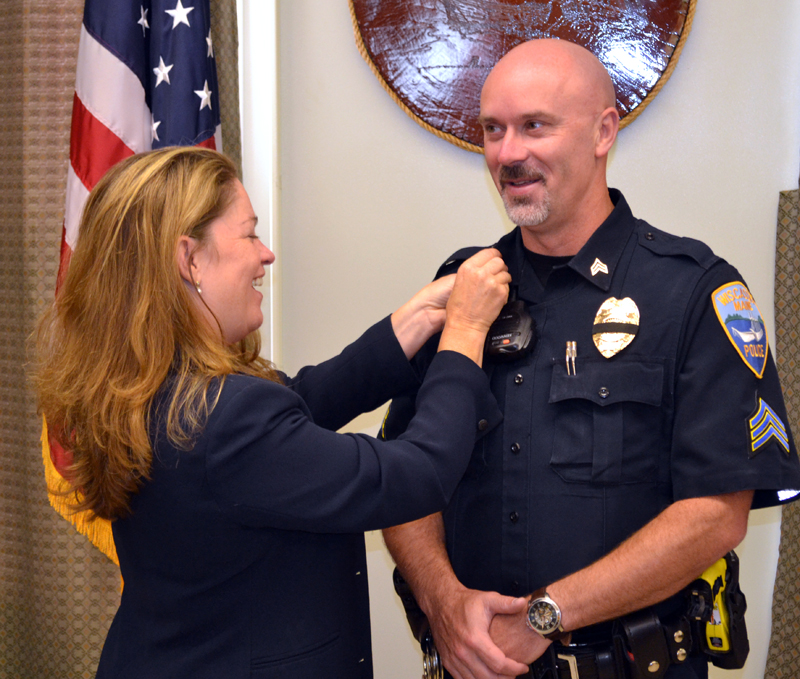 Prior to joining the Ridgefield Police Department, Worster served nine years with the U.S. Coast Guard and U.S. Army.

Worster takes the place of Sgt. Alfred “Willy” Simmons, who recently retired after 34 years with the department.

“Thank you so much for this,” Worster said. “I look forward to the challenges ahead.”