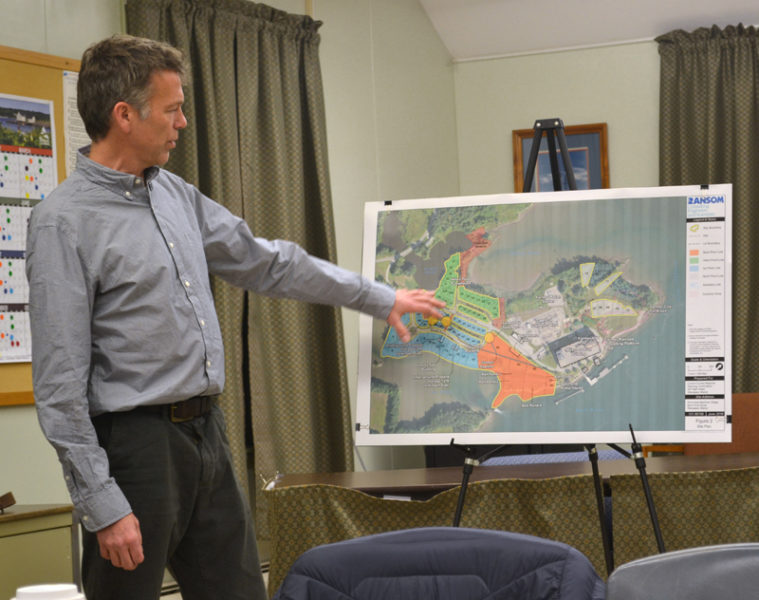 Wiscasset will apply for up to $600,000 in U.S. Environmental Protection Agency grants to aid in the cleanup of town-owned Mason Station lots.

If successful, the grant funds will enable Wiscasset to drain and close the four ash ponds on the property and remediate areas where asbestos and toxic hydrocarbons were identified in recent environmental testing, said Stephen Dyer, senior project manager at Ransom Consulting Inc.

The work, particularly the closure of the ash ponds, is crucial to the future redevelopment of the property, Wiscasset Town Planner Ben Averill said.

As a prerequisite to applying for the Brownfields Cleanup Grants, Wiscasset held a public hearing Wednesday, Dec. 14 to review work that has been performed on the property and collect public feedback for the grant applications, which are due Dec. 22, Averill said. 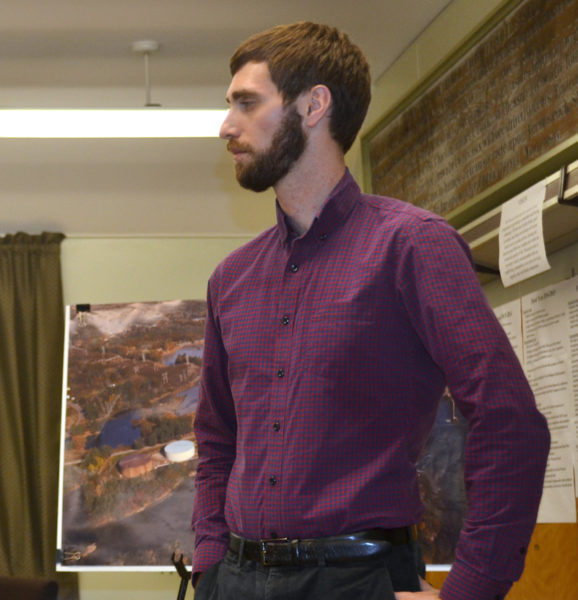 Wiscasset will compete with large metropolitan centers like Boston and Detroit for funds, Dyer said, estimating the applications will have a 50-50 chance of success.

The grant recipients will be announced in April or May and the funds will become available in October 2017, Dyer said.

“This is a long process. It’s a lot of hurry up and wait,” Dyer said.

The EPA permits up to three grant applications of up to $200,000 each for different properties on one site, Dyer said. Like most federal grants, the program requires a local match, but the EPA is flexible and sometimes allows applicants to match the grant in kind, with services instead of money.

The Brownfields Cleanup Grants would be an 80-20 split between the EPA and Wiscasset, he said.

The assessment, which was recently finalized, had “no surprises,” Dyer said. “It confirmed what was already known.”

As part of the assessment, Ransom Consulting took soil, soil vapor, and water samples, and tested the area outside the ash ponds, areas where cooling and spray-down water was pumped to when Mason Station was an operating power plant, Dyer said.

The Mason Station property had gone through a previous Brownfields Assessment and initial remediation work when Mason Station LLC bought the land for redevelopment more than a decade ago, Dyer said. Mason Station LLC planned to build the Point East Maritime Village, a mixed residential-commercial development, at the site, but the development failed. The failure has resulted in an extended court battle over back taxes owed to Wiscasset.

The recent Brownfields Assessment was done, in part, out of concern that previous cleanups “didn’t get everything,” Dyer said. The remediation work that was completed was done correctly, Dyer said; however, Mason Station LLC did not follow through with the full remediation plan, which included closing the ash ponds.

There was concern that the liner of the ponds had breached in the roughly 10 years since the last assessment, Dyer said. The area was tested to ensure sludge from the ponds was not leaking into the Sheepscot River, and it is not.

However, closing the ash ponds, which would include pumping the sludge out, transporting it to a specially designated facility, and filling the ponds with material that would allow for future construction, is a priority, Dyer said.

Two out of the three EPA grants Wiscasset is applying for are focused on closing the ash ponds, which are split between two lots, with the cleanup of each lot estimated to cost $200,000, Dyer said. The third grant would focus on removing and replacing soil where toxic hydrocarbons were identified and abating asbestos found in some of the structures and some of the land on the property.

Averill, the town planner, said the Mason Station peninsula “has great economic potential,” but in order for the site to reach its full potential, the ash ponds need to be closed. The ash ponds cut off the lots that were designated for residential development in Mason Station LLC’s subdivision plan from deep-water access to the Sheepscot River.

“Those lots might as well be landlocked,” Dyer said.

Wiscasset now owns the majority of property on the peninsula, but only recently initiated foreclosure proceedings on the six lots still owned by Mason Station LLC, which include the old power plant.

If an outstanding tax bill of about $315,000 remains unpaid, the foreclosure notice will mature Dec. 29. The Brownfields Cleanup Grants are limited to select lots on the peninsula, but Wiscasset will have the ability to apply for cleanup grants in future EPA grant cycles, Dyer said.

If grants are received, the environmental cleanup will be done to commercial standards, Dyer said.

There has been strong interest from developers in the Mason Station properties, Averill said, and the site has great potential for mixed-use commercial or industrial development.