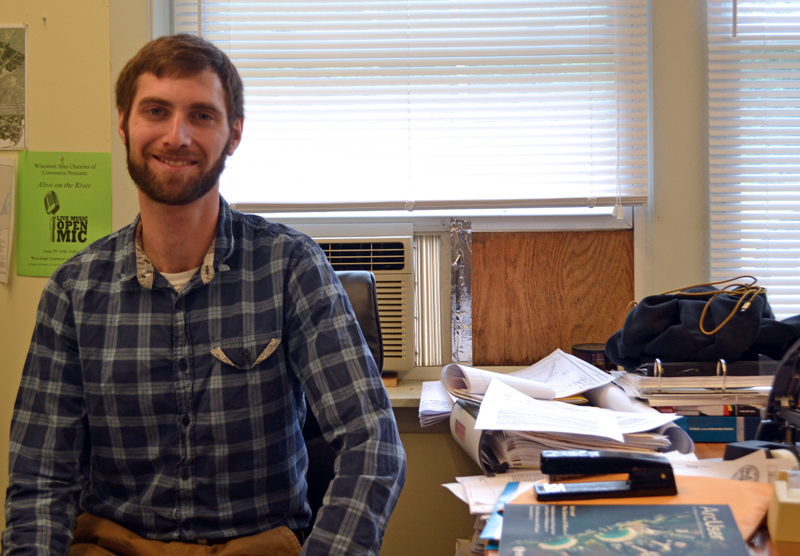 Wiscasset Town Planner Ben Averill worked his last day Friday, June 30, leaving the grants, projects, and economic development activity he was working on to other town officials and volunteer committees.

A petition drive led by the Wiscasset Area Chamber of Commerce is underway, calling for a new vote on the planning department budget, which voters rejected 466-256 at the annual town meeting by referendum June 13.

The petition’s backers hope to turn it into the town office soon. Petition circulators will soon regroup and tally the number of signatures, chamber member Sherri Dunbar said. The petition requires the signatures of 179 registered Wiscasset voters to force a second vote.

There are several projects and grant applications Averill would like to see completed, and he said he would be willing to return to the position if asked. “But I can’t wait a year,” he said.

The redevelopment of Mason Station properties, a pump-out station at the waterfront, the future of White’s Island, support and assistance to a variety of town committees, and guidance to homeowners and developers navigating applications are some of the duties Averill leaves behind.

“There are a lot of talented and dedicated people” on those committees, Averill said, and he expressed confidence that their work will continue. Whether the town reinstates the planner position or not, Averill said he hopes Wiscasset continues to prioritize economic development to reach its full economic potential.

The Mason Station properties offer incredible economic opportunity, but also have several barriers to their development, Averill said. Over the course of his 1 1/2 years as town planner, Averill has seen a surge of interest in the properties.

Peregrine Turbine Technologies has made former Mason Station properties its headquarters, and plans to manufacture its high-efficiency turbine engine on another property at the site.

Several other developers have also expressed interest in the properties, which are zoned for residential or industrial uses.

Wiscasset will have the ability to meet with EPA officials to discuss the grant, get feedback, and reapply in the coming months. Averill would like to see Wiscasset meet with the EPA to ensure the next grant application is successful, he said.

The former Mason Station power plant is now the only building still owned by Mason Station LLC. Many of the lots in the subdivision plan are small and may need to be reconfigured to suit future development, Averill said.

Helping developers, surveyors, business owners, and residents prepare site plan and subdivision applications are among Averill’s responsibilities that will now fall to the planning board. Planning board members have been vocal in their support for the planner position.

“It’s definitely a lot easier to have a full-time person to answer questions and explain the process to ensure the application is successful,” Averill said.

Wiscasset has also been working toward partnering with a nonprofit in the pursuit of a grant to restore the footbridge connecting White’s Island to the mainland, Averill said. The grant, however, will require a local match and will be a future conversation for the board of selectmen.

The ordinance review committee will now take the lead on drafting and revising ordinances without the support of the town planner. While Averill said many of the town’s ordinances are “well constructed,” some need revision.

The shellfish ordinance contradicts another ordinance that allows the board of selectmen to set fees. Due to the contradiction, selectmen were unable to raise fees for shellfish licenses, and have already requested the revision of the ordinance.

There are also problems with the parking ordinance, which will need to be addressed, Averill said.

Helping the historic preservation commissioners “get their feet under themselves, and get themselves going” was a highlight of Averill’s time as town planner, he said. However, understanding the ordinance and launching the certificate of appropriateness process was also one of the biggest challenges of the position, he said.

Averill “would love to come back” if the opportunity arises within the next few weeks, he said. However, he is beginning to look for work elsewhere.

“It’s been a privilege to work here for the past year and half,” Averill said. “I learned a lot and it was an honor to be able to really dive into the community. I wish Wiscasset the best.”