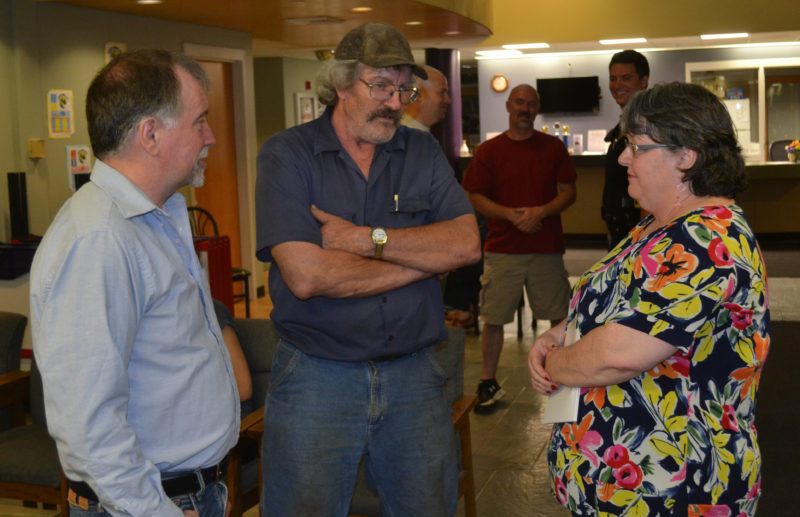 All other warrant articles were approved, including an article introduced by citizen’s petition asking if voters reject changes to the Maine Department of Transportation’s downtown traffic project, a new disorderly house ordinance, the sale of an Old Ferry Road lot to Central Maine Power Co. for a new substation, and a moratorium on recreational marijuana establishments.

“I’m surprised at the short-sightedness of voters,” Wiscasset School Committee member Jason Putnam said. “This is going to cost the town thousands in lost energy savings. Once again children are getting thrown under the bus.”

The results of the vote were “disappointing,” Superintendent Heather Wilmot said. “We have a large need to address our students’ learning environment. Doing it through energy savings would have been the most cost-effective way.”

A letter of intent was signed with Siemens Inc. when the energy audit of school buildings was conducted in 2016. The Wiscasset School Department must now pay about $15,000 for the energy audit, which it would not have had to pay if the energy project was completed, Wilmot said.

Wiscasset School Department Maintenance Director John Merry will compile a list of priority projects for school buildings, which the remaining funds will be used for, Wilmot said.

“Energy savings were the most cost-effective way to address not only the learning environment, but the deferred maintenance (of school buildings),” Wilmot said. “We won’t be able to save nearly as much chipping away at it one item at a time, as we would have with a large-scale project.” 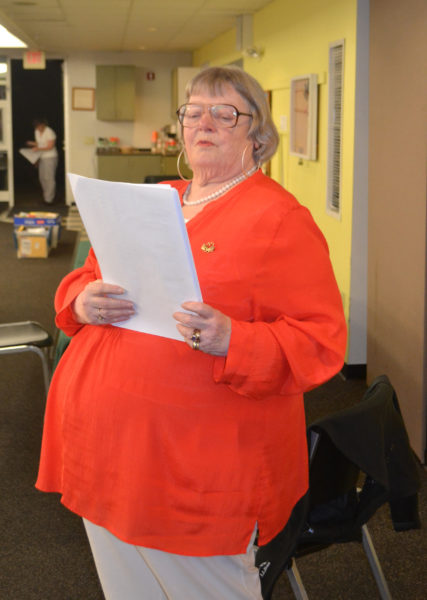 For the second time in recent history, Wiscasset voters rejected the town planner budget, this time by an almost 2-to-1 margin. The municipal planning department budget of $66,764 was voted down 466-256.

In 2013, voters rejected the town planner budget at the annual town meeting. A reduced budget was later presented at a special town meeting, and passed.

“My position has always been that voters have spoken,” Town Manager Marian Anderson said. How the town proceeds with the planning department, however, rests with the board of selectmen, and will be discussed at the board’s June 20 meeting, she said.

The town planner’s budget was nearly not presented to voters at the annual town meeting, with selectmen initially voting the budget down, but then reconsidering and passing the budget in a 3-2 vote.

Newly elected Selectman Bob Blagden has been an outspoken critic of the planning department.

Warrant article 66, which was introduced by a citizen’s petition circulated by the Wiscasset Taxpayers Alliance, asked if voters “will disapprove and reject, by a binding referendum, the changes made by the Maine Department of Transportation to the Route 1/Main Street Option #2 Project approved by voters in June.”

Wiscasset Taxpayers Alliance spokesperson Bill Sutter has said the intent of the warrant article is to gauge public sentiment on the DOT project.

Wiscasset voters also adopted a new disorderly house ordinance, which will allow the town to take action against residences that repeatedly generate complaints to the police department.

The ordinance will give the board of selectmen authority to designate a house “disorderly” after a public hearing.

The public hearing will be initiated based on the number of police calls to a household in a 30-day period.

Voters approved the Wiscasset Police Department’s position of school resource officer 411-315, which is the largest margin of approval since the position was introduced.

“I’m very happy the citizens understand the need for the SRO and the importance of” keeping the position, Wiscasset Police Chief Jeffrey Lange said. “I’m happy for the support voters have shown for law enforcement.”

The municipal budget, when combined with the annual payment on the $2 million bond used to fund the withdrawal from RSU 12 and other debt service, is $5,458,823, an increase of $17,233 or 0.31 percent from the previous year.