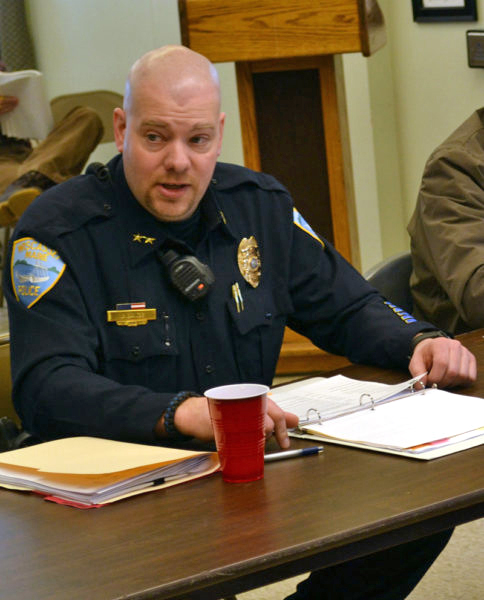 Wiscasset voters will again consider whether the town should have a police department at the annual town meeting by referendum in June.

The Wiscasset Board of Selectmen voted to place the question on the warrant Thursday, March 15.

Lange was not present at Thursday’s meeting. During the public-comment portion of Tuesday’s meeting, he asked why the selectmen decided to ask the voters about the police department again.

In June 2015, Wiscasset voted 342-209 against the discontinuation of the police department.

Selectman Jeff Slack said he asked the board to place the question on the warrant.

Lange then asked the selectmen to reconsider their vote.

Also in June 2015, Wiscasset voted 464-81 against the discontinuation of the Wiscasset Ambulance Service.

This year, the town requested a quote from Central Lincoln County Ambulance Service Inc. to provide ambulance service in place of Wiscasset Ambulance.

During the public-comment portion of the meeting, several residents spoke regarding the Maine Department of Transportation’s downtown project and the town’s lawsuit against the DOT.

The comments were mixed, some in favor of the project and others encouraging the town to move forward with the lawsuit. The voters will decide whether to continue the suit in a referendum vote April 17.

A public hearing on the matter will take place at the Wiscasset Community Center at 6 p.m., Tuesday, April 3.

Selectman Judy Colby asked Lange if there were any complaints regarding the three applications. Lange said there were not.

The selectmen closed the hearing and voted to approve the three licenses.

Anderson said the town’s newest ambulance is scheduled to be delivered Friday, March 23. The selectmen voted to declare the old ambulance surplus equipment, which will begin the process to sell the vehicle when the equipment inside it is removed.