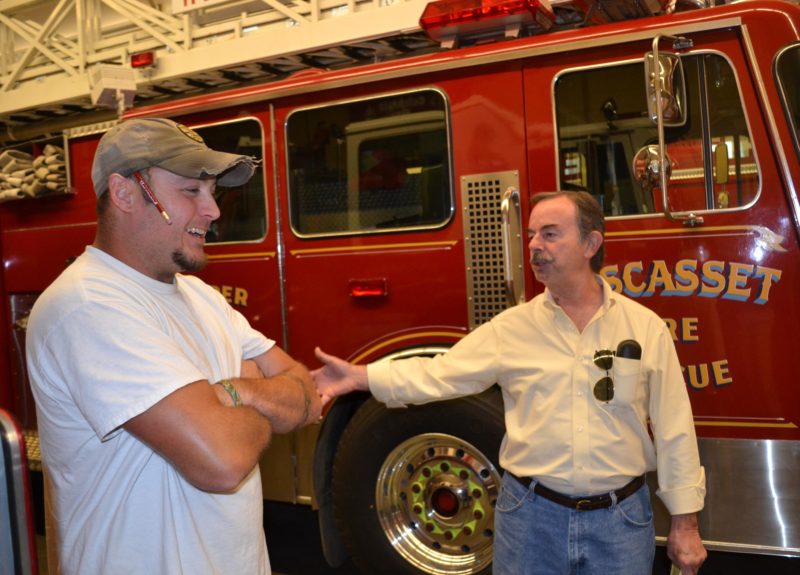 By more than a 2-to-1 margin on Tuesday, Nov. 8, Wiscasset voted to allow volunteer firefighters to wash their personal vehicles at the fire station.

Voters approved the practice 1,502-707, according to unofficial results.

The referendum question was the only local ballot question for Wiscasset voters.

After receiving a petition circulated by the fire department in September, the Wiscasset Board of Selectmen voted to hold the vote at the same time as the general election.

The question about firefighters washing their personal vehicles at the station has been the subject of a months-long controversy in Wiscasset and caused a rift between the fire department and the town administration and board of selectmen.

The practice of washing personal vehicles at the station has been a long-standing tradition of the department that built camaraderie among the crew and brought volunteers into the station, Wiscasset Fire Chief T.J. Merry has said.

In April, the fire department was informed the practice would have to stop because it violated town policy regarding the use of town equipment.

The Wiscasset Board of Selectmen considered amending the town policy several times over the past couple of months, but each time a motion was made to amend the policy, it was defeated in a split vote, with selectmen who opposed the change citing liability concerns.

Even with voter approval, the town will still be liable if firefighters are injured while washing their personal vehicles at the station, Wiscasset Board of Selectmen Chair Judy Colby has said.