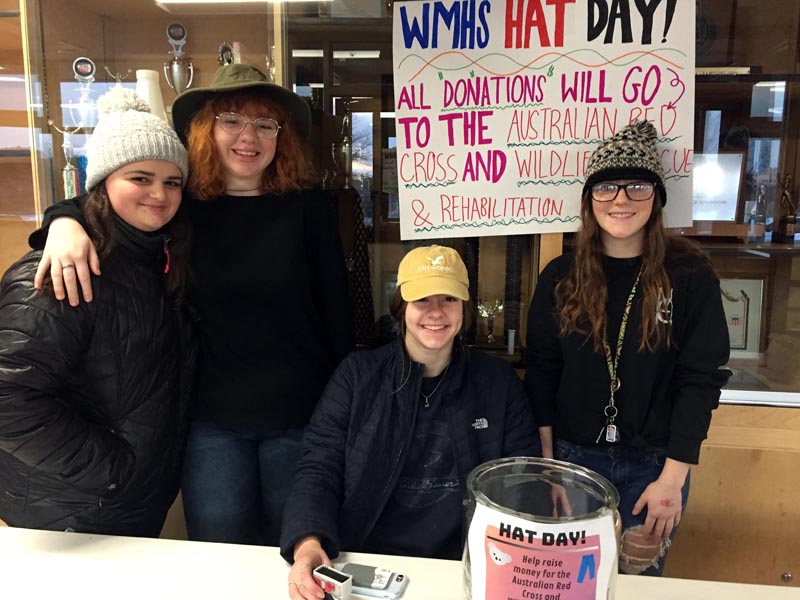 The Wiscasset Middle High School Student Council recently raised more than $600 with a “hat day” fundraiser to assist in the response to the Australian wildfires.

The council declared Jan. 24 hat day, when students and staff could wear a hat in school for a contribution of at least $1.

According to Deb Pooler, student council adviser and WMHS technology and virtual high school coordinator, the funds will be split between the Australian Red Cross and the Wildlife Victoria Fund.

The idea to help victims of the Australian wildfires came from student council Co-presidents Natalie Potter and Cara Viele, both seniors. All the councilors agreed it was a good idea.

“Everybody felt like they wanted to do something, but they didn’t know what to do,” Pooler said.

Australia is facing the worst wildfires it has seen in decades, ravaging large parts of the country since the fire season began in late July. More than two dozen people have died from the fires, according to CNN.

According to reports, researchers estimate that a billion animals have been killed by the wildfires.

“We know that they are suffering,” Potter said. “We feel like if it happened to us, we would want other countries and other people to support us and be willing to donate in order for us to be safe and healthy.” 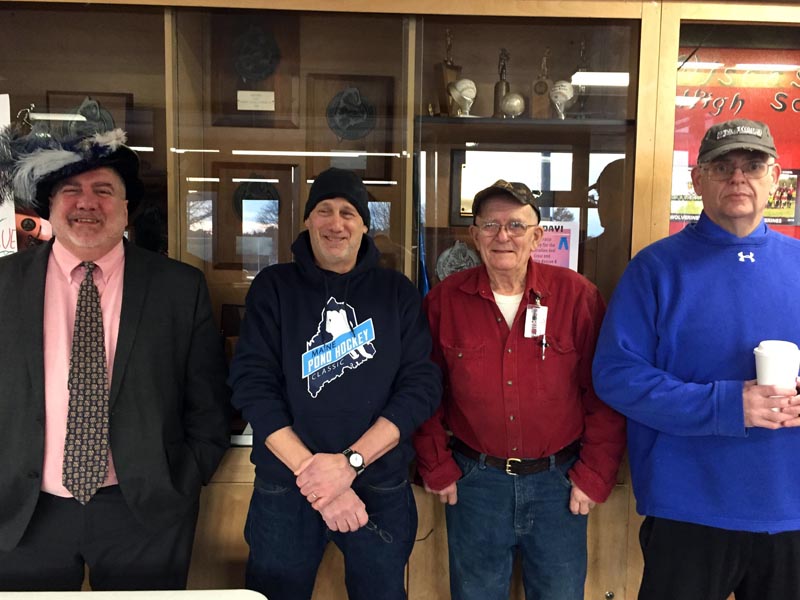 Dygert contacted a friend in Australia, Lyn Pope, who told her which organizations needed help.

“We worked together to coordinate our efforts to do a fundraiser,” Dygert said of herself and the student council.

About a week before hat day, the student council, which consists of high school students, voted to hold the fundraiser and split the funds between the organizations.

Word got out and students, parents, and staff stepped up to the plate, she said.

Pooler saw at least one student give $50 to the cause and many others gave $20.

Staff joined in on the fun, with WMHS Principal Charles Lomonte donning a feathery hat.

Hats violate the school’s dress code; however, the fundraiser allowed an exception for the day, Pooler said.

“A lot of people get hopeless when it comes to kids, but I’m here to tell you that they still think about others and have empathy toward others,” she said. “They are global thinkers.”

After raising the money, Dygert informed Pope of their success.

“Wow! What an incredible effort,” Pope wrote back to Dygert, thanking the students.

In her response, Pope gave an update on the wildfires.

“Unfortunately the fires are continuing, with constant flare-ups and new fires, but there has been some relief with rain,” Pope said.

“The long-term process of rebuilding communities and people’s lives has begun, together with the rescue and rehabilitation of injured wildlife,” she said.

One of the fears is that many species will become endangered. According to Pope, a lot of work will need to be completed in breeding programs and habitat regeneration to preserve the species under threat.

“The fires have been catastrophic, but perhaps they have also served as a global ‘wake-up call’ with respect to climate change, for which we all have to accept responsibility and be prepared to act and change,” Pope said.

Anyone who was not able to participate in the fundraiser but would like to donate may email Pooler at dpooler@wiscassetschools.org.