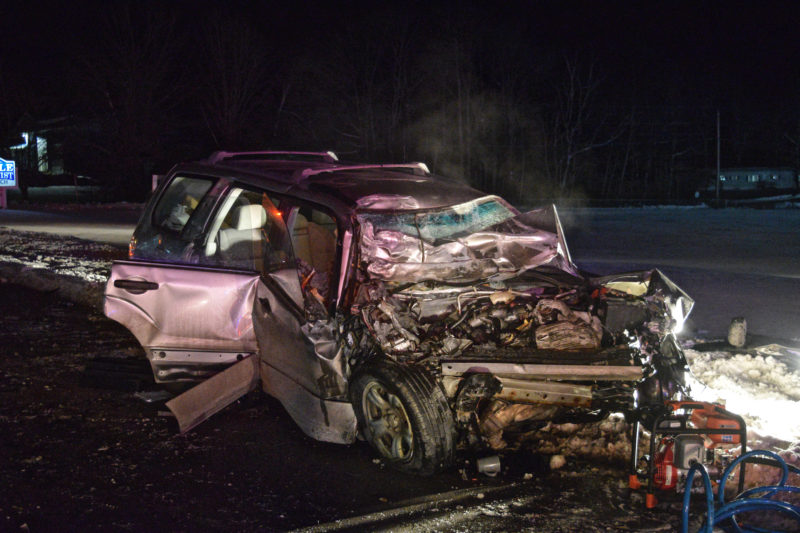 The wreck of a 2007 Subaru Forester after a head-on collision with a flatbed tow truck on Route 1 in Wiscasset, Wednesday, Feb. 10. Firefighters had to extricate the Subaru’s driver. (Hailey Bryant photo)

A 24-year-old Bath woman and a 4-year-old girl were injured when the woman crossed the centerline of Route 1 in Wiscasset and struck a tow truck head-on Wednesday, Feb. 10.

The extent of their injuries is unknown, according to a press release from the Wiscasset Police Department. The Wiscasset Ambulance Service took both to an unnamed hospital.

Underwood crossed the centerline in front of Wiscasset Ford and struck the truck head-on at 7:10 p.m., according to the release. The Wiscasset Fire Department used extrication equipment to free Underwood from the wreckage. James was not hurt. 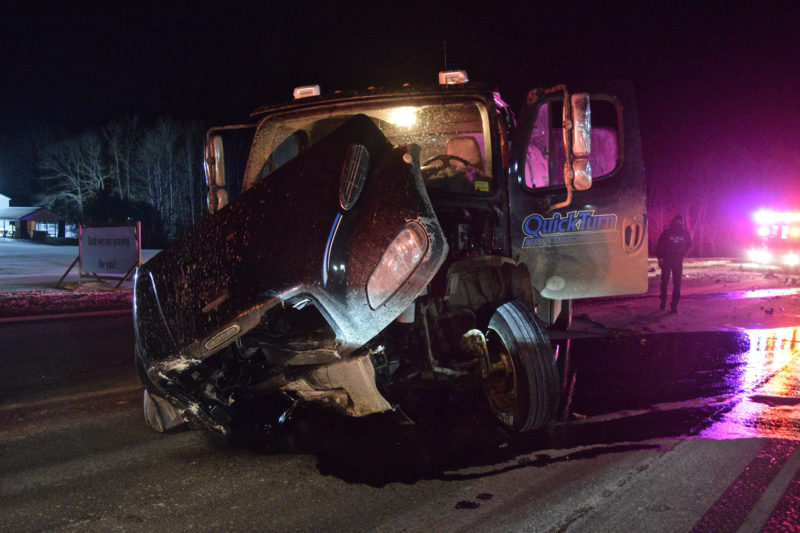 A 2017 Freightliner flatbed from Quick Turn Auto Repair and Towing Inc., of Damariscotta, has front-end damage after a head-on collision with a 2007 Subaru Forester on Route 1 in Wiscasset, Wednesday, Feb. 10. The Subaru crossed the centerline, according to police. (Hailey Bryant photo)

Bath Road was shut down for about five hours during the emergency response and reconstruction.

Police continue to investigate and believe some eyewitnesses left the area before police arrived. They ask any eyewitnesses or anyone else with information about the crash to call the Wiscasset Police Department at 882-8203. 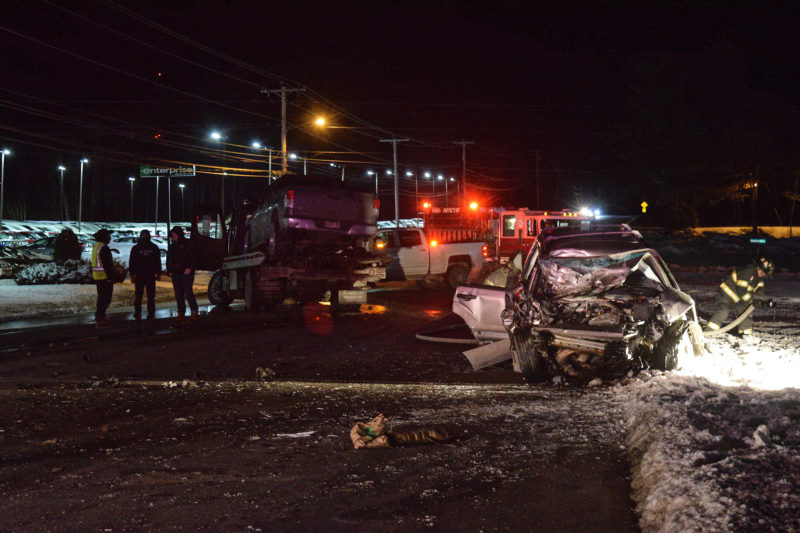 A head-on collision on Route 1 in Wiscasset, in front of Wiscasset Ford, shut down traffic for about five hours on Wednesday, Feb. 10. (Hailey Bryant photo)