A Damariscotta woman has died from injuries suffered when her car collided with a concrete truck at the intersection of Main and School streets in Damariscotta the afternoon of Monday, July 8. 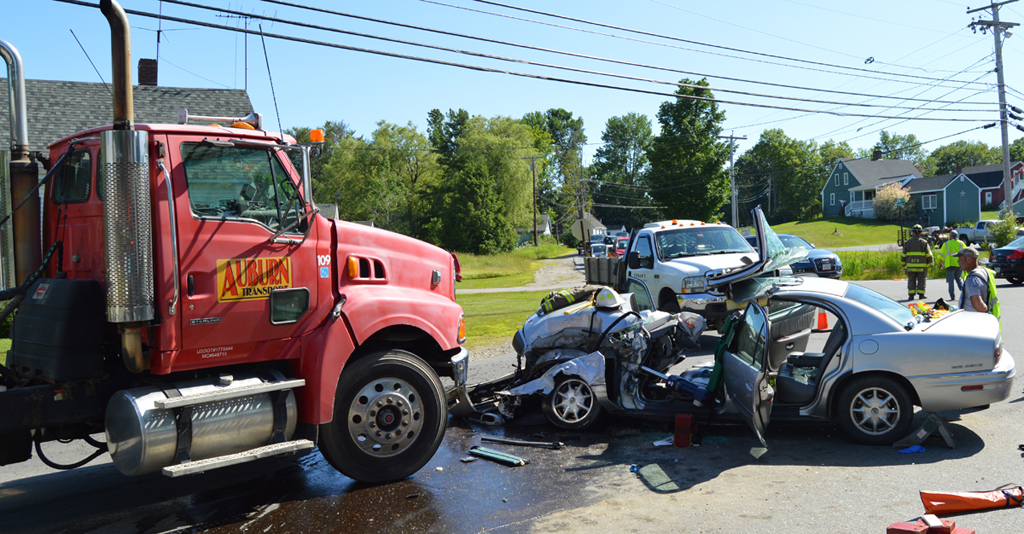 The aftermath of a crash at the corner of Main and School streets in Damariscotta the afternoon of Monday, July 8. (Evan Houk photo)

Painton was driving a gray 2003 Buick Park Avenue, attempting to turn left from School Street into the northbound lane of Main Street, at the time of the crash, according to Damariscotta Police Chief Jason Warlick. Charles Morse, 75, was driving a 2006 Sterling truck south on Main Street, toward downtown.

Morse attempted to slow down, but could not avoid the crash, Warlick said. The impact crushed the front end of the Buick and pinned Painton inside.

The Central Lincoln County Ambulance Service and Damariscotta Fire Department worked for about 40 minutes to free Painton from the vehicle. She was taken to Great Salt Bay Community School, where a LifeFlight helicopter was waiting to take her to Central Maine Medical Center.

The crash shut down Main Street during the emergency response and an investigation by Maine State Police Commercial Vehicle Enforcement.

Auburn Transport Inc., of Auburn, owns the truck, which hauls concrete, according to Warlick.