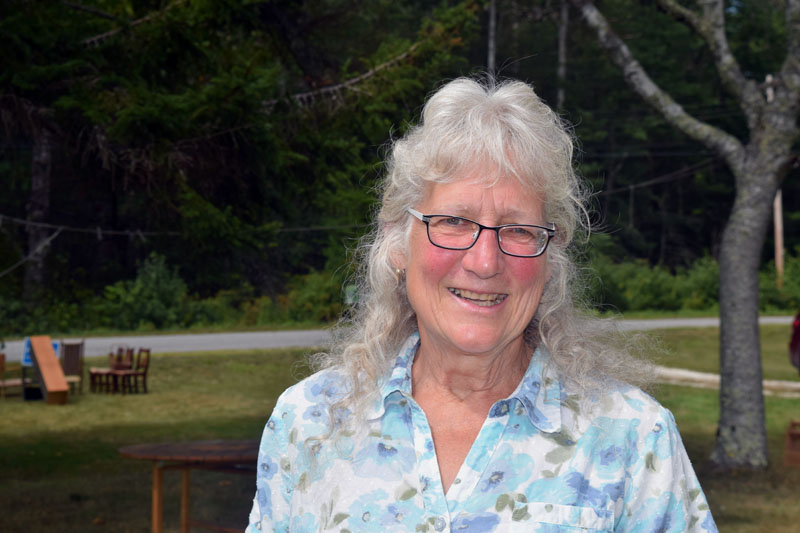 A three-term Woolwich selectman and University of Maine at Farmington history professor is challenging a two-term legislator in House District 53 – Dresden, Arrowsic, Georgetown, Phippsburg, Woolwich, and part of Richmond.

Dr. Allison Hepler, D-Woolwich, 63, has lived in Woolwich for 35 years. She is the secretary and a volunteer tour guide for Maine’s First Ship of Bath and the secretary of both Bath’s Patten Free Library and the Woolwich Historical Society.

She has a bachelor’s degree in journalism from the Indiana University of Pennsylvania, in Indiana, Penn., and a doctorate in history from Temple University, in Philadelphia, Penn.

Hepler has worked for UMF for over 20 years as a professor of history. She teaches Maine and U.S. history, as well as the history of Canada, Latin America, and Mexico.

She works part time for the Shelter Institute in Woolwich. She was the institute’s office store manager for 10 years.

As a selectman, Hepler worked to establish the town’s communications committee. She also sits on the Woolwich Special Events Committee.

“I’m running because I think we need to invest in Maine and her people,” Hepler said. She has been endorsed by Maine Conservation Voters and the Sierra Club.

Hepler previously sought the seat in 2016, but lost the Democratic primary to Will Neilson.

Hepler lives with her husband of three years, Robert Stevens, who works as a wooden boat builder in Phippsburg. Together they enjoy canoeing and camping.

She noted three issues she wants to work on if elected: health care, the economy, and infrastructure investment.

While campaigning door to door, Hepler said she has heard many residents express concern about access to health care.

She is a proponent of Medicaid expansion, and finding resources for elderly individuals with fixed incomes to stay in their homes.

To improve the district’s economy, Hepler wants to see more partnerships between local employers and both community colleges and high schools, which she sees as opportunities for students to gain job experience and as a way to encourage students to stay in the state.

In addition, she thinks if the state has a stronger policy on solar energy, the district would have more jobs in the field.

She supports bills passed by the Legislature in 2017 and 2018, but vetoed by Gov. Paul LePage. Both bills would have lifted the cap on the number of people who can invest in a solar farm and continued the practice of net metering.

She is a proponent for more infrastructure investment, specifically for roads, bridges, and broadband.

“I have no experience with broadband personally, but have been following and talking with a group of citizens in Arrowsic and Georgetown working to expand broadband for their towns,” Hepler said. “I would support bond issues for this.”

As a selectman, Hepler helped research a $49,000 project to install solar panels for use by the town office and fire department. She worked with the company installing the solar panels to figure out sizing of the panels.

“That prompted me to focus more on solar legislation in the State House,” she said.

Hepler said she has worked with the Maine Department of Transportation in various ways, such as when she worked as a liaison between local bicyclists to share their concerns about the reconfiguration of a bike lane on Route 1 a few years ago.

After writing a letter to the editor in 2016, she was able to persuade the DOT to keep the road shoulders at 10 feet instead of reducing them to 8 feet.

For many statewide issues, including the opioid crisis, minimum wage, and citizen’s initiatives, Hepler’s approach is to listen to experts and people impacted by an issue and learn how other towns are responding.

Remarking on Maine experiencing its highest number of fatal drug overdoses in 2017, Hepler said she views the opioid crisis as a public health issue, for which there should be more state prevention programs and resources for addicts.

Hepler expressed support for the Legislature’s bipartisan Opioid Task Force, calling it “a great model of how to work with people across the aisle.”

According to the Opioid Task Force’s final report, the group consisted of legislators, providers of treatment services, law enforcement, and people in recovery from addiction. The task force reviewed laws dealing with the crisis through police enforcement, prevention, treatment, and recovery.

She said that although there is a criminal aspect to the crisis, she believes in treatment before incarceration.

“I think in a lot of cases we need to follow the lead of law enforcement and put many of these people in treatments, and in treatments that work,” she said.

On the statewide increase in minimum wage, Hepler wants to assess its effects as the wage goes up.

Though she thinks it is important for people to have a “living wage,” Hepler said small businesses should be part of the discussion, since they make up a large part of Maine’s economy and are forced to pay higher wages.

In reference to some legislators calling for changes to make it more difficult to place citizen’s initiatives on the ballot, Hepler said she mostly disagrees.

“Having been an outsider from the Legislature, up till now, I totally see the frustration that arises in these referendums because, people see and they tell me this year after year, the Legislature fails to address these issues,” Hepler said.

“My starting point would be to support it regardless if I voted for it or not, because it is the voice of the people. That’s one of the big things I believe in as a select board person,” Hepler said.

However, Hepler said, she is not against tweaks to the process and would be interested in researching it further.