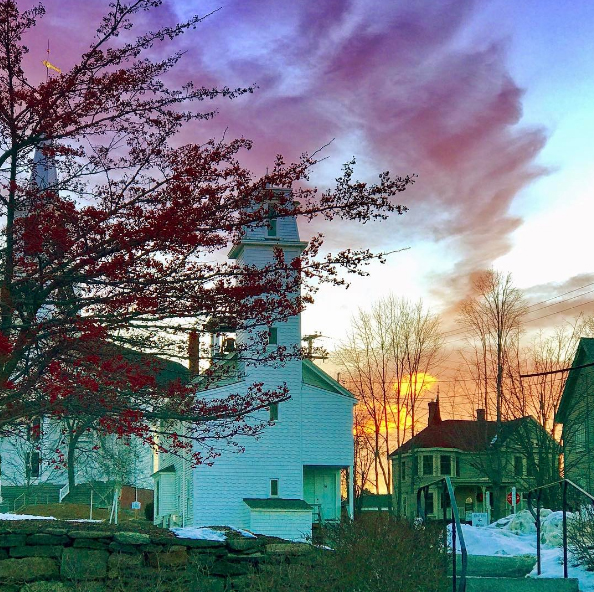 With more than 700 votes cast in the poll for February’s #LCNme365 photo contest, Sharon Gamage’s photograph of a Damariscotta sunrise was declared the winner with 51.36 percent of the votes.

Gamage, of Woolwich, works at Chapman & Chapman Insurance at 108 Main St. in Damariscotta. Each morning before she goes into work, she goes for an hour-long walk around Damariscotta.

“I always take my phone with me, just in case I run into something that just looks really cool,” Gamage said. “And that’s exactly what happened!”

When she was walking Feb. 6, Gamage noticed the sun rising behind clouds near the Damariscotta Baptist Church. The way the sun was situated resulted in the variety of color in the clouds.

“I just thought it looked so funky and colorful, and that’s why I snapped it,” Gamage said. 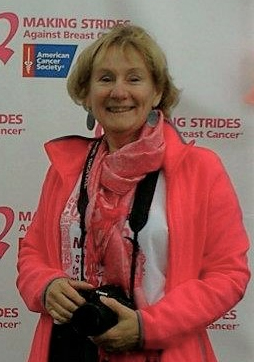 This was the second time Gamage qualified to be a part of the monthly contest. She had been selected by judges at The Lincoln County News as a weekly winner during the January contest.

“I was so surprised, both times!” Gamage said. “It’s an honor for something as prestigious as a newspaper to pick your photo and say it’s the best, and I’m just so honored that mine would be picked twice!”

Gamage said she received a lot of support from her friends, family, and co-workers during the voting period. Her daughter, Justina Bahr, currently lives in Switzerland and went online to vote for Gamage’s photo.

Gamage’s husband, David Gamage, a co-owner of Mid-Coast Energy Systems Inc. in Damariscotta, retired in December 2016. The couple lived in Bristol before moving to Woolwich.

In addition to having her photo featured on the front page of The Lincoln County News, Gamage will receive a $50 gift certificate provided by February’s sponsor, JM Automotive, of Newcastle.

As the second monthly winner, Gamage cannot win another weekly or monthly contest in 2017, but she can still submit photos for inclusion in the weekly slideshow of entries on lcnme.com.

Gamage’s photo will compete against the other 11 monthly winners at the end of the year as voters select the winner for 2017.

Submissions are now being accepted for the March #LCNme365 contest. The winner will receive a $50 gift certificate from the monthly sponsor, Van Lloyd’s Bistro, of Damariscotta.