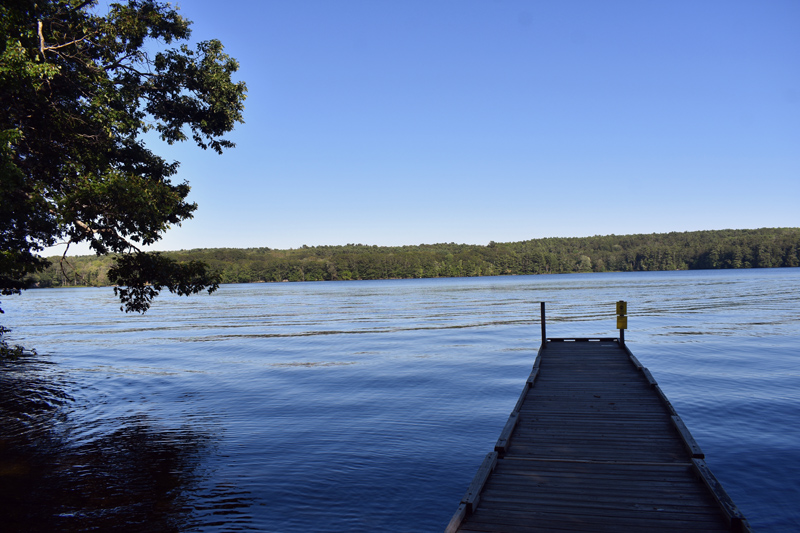 A view from the state boat launch on Damariscotta Lake in Jefferson. The state expects construction at the facility to begin soon. (Alexander Violo photo)

The state now expects its boat launch on Damariscotta Lake to close Thursday, Aug. 29, when the contractor arrives to start work.

The department had announced the closure of the facility from Aug. 19 to Sept. 21, to criticism about the abrupt announcement and the timing of the work, only to have the facility remain open with no work taking place.

Diano Circo, chief planner at the Maine Department of Inland Fisheries and Wildlife, said the contractor now plans to have equipment on-site Thursday, Aug. 29. Once the construction equipment arrives, the landing will no longer be open to the public.

Circo does not anticipate a change in the project’s end date. “Nothing has changed with the timeline,” he said. If the date does move, he will post new signs at the facility.

Farley & Son Landscaping, of Rockport, is the contractor. The project will cost $200,000, according to Circo.

Work at the landing will include the replacement of the boat ramp, the expansion of the parking lot, and improvements to bring the facility into compliance with the Americans with Disabilities Act.

A ramp on Vannah Road in Nobleboro will offer the only public access to the lake in the meantime.