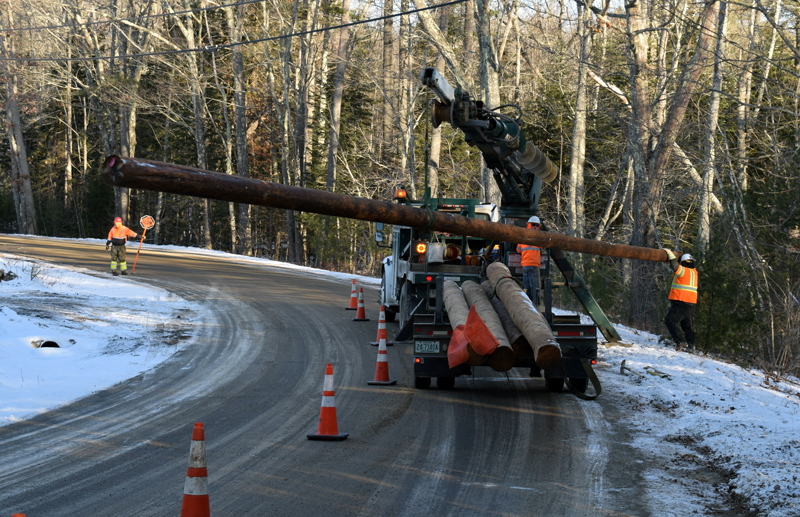 Utility workers install new poles near the former landfill at the corner of Biscay and Standpipe roads in Damariscotta on Dec. 20. A contractor is installing a solar array on the landfill site. (Evan Houk photo)

Work is underway on a municipal solar array at the site of Damariscotta’s old landfill.

Construction should be complete by the end of January, Damariscotta Town Manager Matt Lutkus told the Damariscotta Board of Selectmen on Dec. 18. Sundog Solar LLC is the contractor.

“The variable is how soon Central Maine Power can get the three-phase power hooked up across the street,” Lutkus said.

The capped landfill is at the corner of Biscay and Standpipe roads. Damariscotta voters approved Sundog’s lease of the 5-acre site to install and maintain the solar array at a special town meeting June 19. 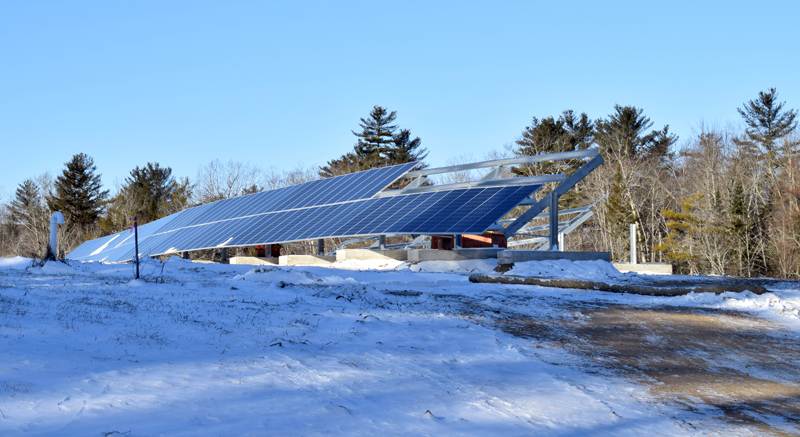 Construction is underway on a municipal solar array on the former landfill at the corner of Biscay and Standpipe roads in Damariscotta, Friday, Dec. 20. (Evan Houk photo)

Sundog will install and maintain the 65.12-kilowatt array at no initial cost to the town through an arrangement known as a power-purchase agreement.

The town expects to see both an immediate savings on its energy costs and growing savings as the cost for energy from other sources continues to rise and the town pays the fixed rates in the power-purchase agreement.

The investment group Damariscotta Solar LLC will own the system for at least the first six years of the agreement. The town will have the option to purchase the system at fair-market value after six years and each year thereafter for the duration of a 25-year agreement.