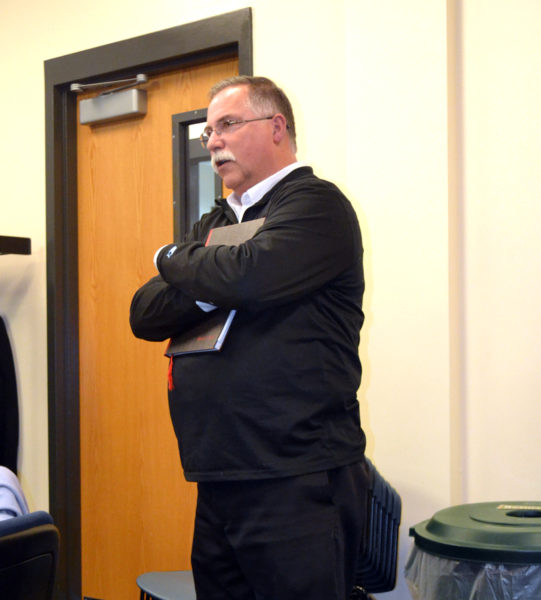 In August, the jail authority made an exception to its finance policy and entered into a $500,000 contract with Thayer Corp., of Auburn, to replace the jail’s air-handling units without requesting bids, partly due to the urgency of completing the project before the winter season.

Chuck Thompson, of Thayer Corp., was on hand Dec. 14 to address the concerns of jail authority members, explain the circumstances that resulted in the project’s delay, and promise all future work would be done “professionally and correctly,” he said.

Thompson could not promise the work would be complete in March or April, because the ground needs to be firm enough to handle the large crane that is required for the units’ installation, he said.

Currently, Thayer Corp. is not willing to negotiate a reduction in price for the contract, Bailey said. Thayer Corp. also holds the maintenance contract at the jail, which is worth about $48,000 annually.

Jail authority members urged Thompson to talk with senior management at Thayer Corp. about lowering the price of the contract, and suggested the corporation could lose its other business with the jail if it does not.

“As a board member, I’m hoping Thayer Corp. will step up and work with us,” Lincoln County Sheriff Todd Brackett said. “We may have to consider rebidding the (maintenance) contract.”

The contract with the Thayer Corp. was “sharp from (Thayer’s) perspective,” but contained no timelines for the project’s completion or safeguards for Two Bridges, Brackett said, leaving the jail authority with little recourse to renegotiate.

The contract has been reviewed by the jail authority’s attorney, who recommended not making future payments until the project’s progress checkmarks, outlined in the contract, are complete, Bailey said.

The energy savings projected as a result of the replacement of the air-handling units were part of the rationale behind the suspension of the bid process to award the project to Thayer, Brackett said. The authority was going to use the savings to offset payments on a loan taken out to finance the project.

“We’re already behind on the efficiency savings that would have been realized,” Brackett said.

Thompson said he is not a decision-maker in the organization and cannot make promises, but he said he would relay the concerns and requests of the jail authority to Thayer Corp.

Alternate jail authority member David Sinclair called on the board to use the problems with the contract as a “self-reflective” opportunity.

“We need to take a long, hard look at who negotiated the contract and how it was done,” Sinclair said. While a lot of blame has been passed around for the contract’s failure to protect Two Bridges, “really it’s the board’s responsibility,” he said.

“We owe it to the community to make sure we do a good job at shepherding their dollars,” Sinclair said.