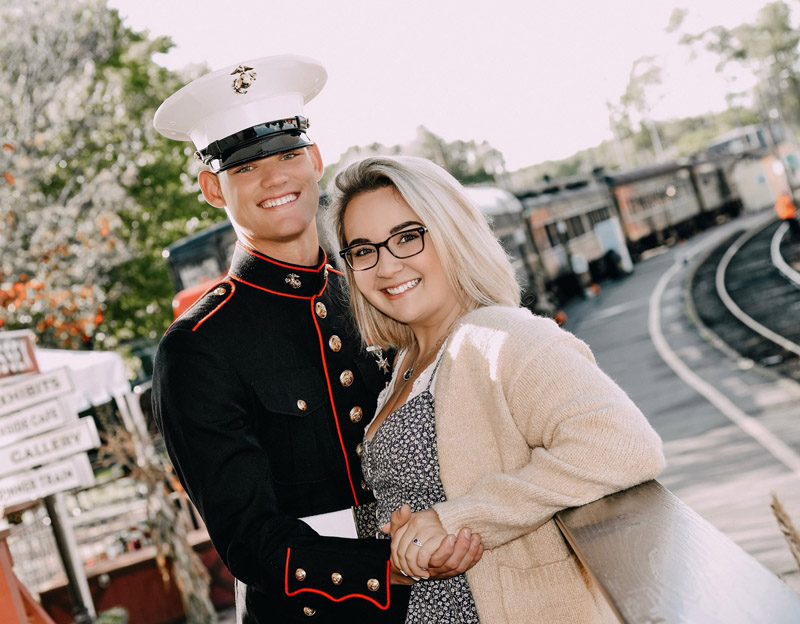 Mackenzie Baily Dodge and Zach Berube were married on Thursday, April 20. The bride is the daughter of Robert and Stephanie Dodge of Manchester, Conn. and the granddaughter of Calvin Dodge and the late Marjorie Dodge of Damariscotta.

MacKenzie studied early childhood development at Manchester Community College and is currently an educator at the Birch Mountain Day School. The groom is from Windsor Locks, Conn.  and is currently serving as a Military Police Officer in the United States Marine Corps. He is presently attending canine training school at Lackland Air Force Base in San Antonio, Texas. Once completed, Zach and MacKenzie will be moving to Hawaii together where Zach will be stationed.