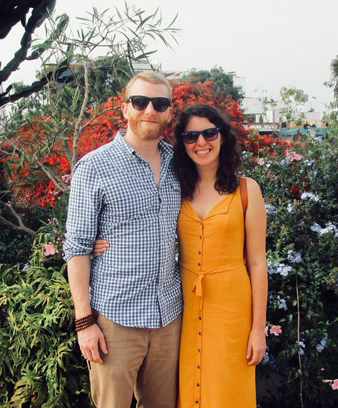 Bill and Sandy Thomas are pleased to announce the engagement of their son, Eric Harrison Thomas, Lincoln Academy Class of 2005, to Achsah Foster Dorsey, the daughter of Joshua and Elizabeth Dorsey, of Newnan, Ga.

Achsah Dorsey and Eric Thomas met when they began graduate studies at the University of North Carolina, Chapel Hill. Achsah Dorsey did her undergraduate work at Pennsylvania State University and obtained a master’s degree at the University of Alabama. She is currently doing fieldwork for her doctorate in biological anthropology studying iron deficiency in children in Lima, Peru. Eric Thomas obtained his undergraduate degree at Hamilton College in New York, and he taught English in Boston and in Santiago, Chile prior to enrolling at the University of North Carolina, where he earned his master’s degree in 2016. He is now collecting data for his doctoral dissertation in cultural anthropology, focusing on the aquaculture and timber industries in Patagonia, Chile. Both will complete their fieldwork in South America in August and are planning a wedding next year.