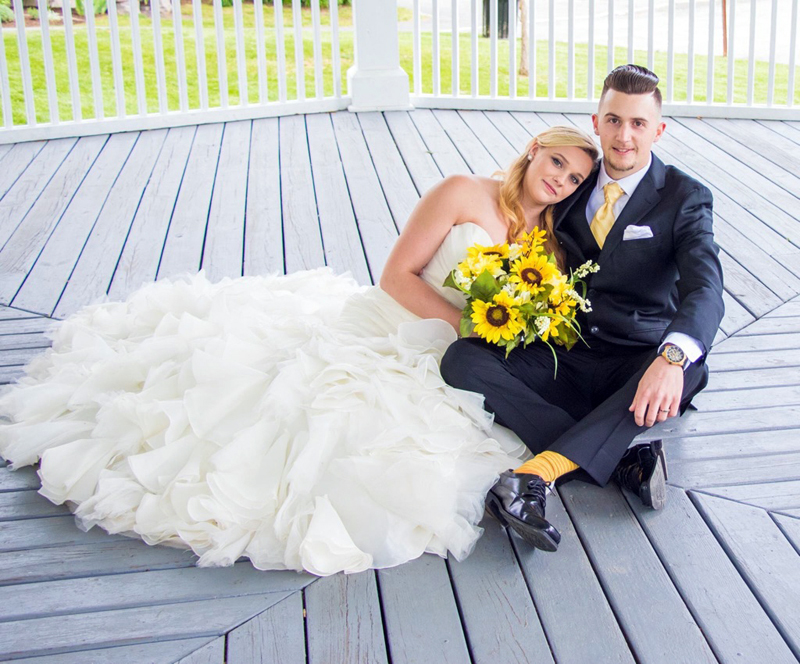 Saturday, June 3 was the wedding exchange of vows for Heidi Pinkham, daughter of Michael and Louanne Pinkham, of Wiscasset, and Vincent Souza, son of William Souza, of Orange, N.H., and Karen Souza, of Kittery Point. The outside ceremony took place in the gazebo at Library Park in Bath, with great weather. The ceremony was officiated by Pastor Wally Staples of Wiscasset Nazarene Church.

Guests in attendance were from Bath, Biddeford, Dresden, Kittery Point, Pittston, Portland, Richmond, Westbrook, Wiscasset, Woolwich, and as far away as New Hampshire and Connecticut.

Donnie Perrello of Sheepscott Photography provided the capturing of memories and DJ Montanna of discjockeysnow.com performed entertainment for the guests. The beautiful wedding cake was created by Louise Speece, of Wiscasset. Personal friends and caterers for the event were Roberta and Kelsey Morton, along with bride’s cousin Staciey Pinkham.

The best man was Robbie Benvento, and groomsmen were William Souza, Eric Leighton, Peter Bennoch, and Caleb Demons. The bride’s maid of honor was Megan Corson and her bridemaids were her sisters, Deborah Ranta, Sheena Smith, and Marion Pinkham, and her friend Brittany Bateman. The ring bearers were the bride’s nephew, Isaiah Smith, and Ethan Leighton. The flower girl was the bride’s niece, Gabrielle Smith.