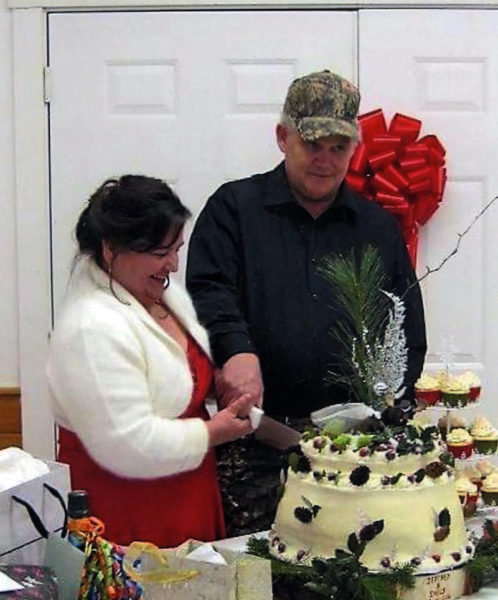 At 11 a.m. on Dec. 31 of last year, Shelly Shehan, daughter of Leila Barter and the late Herman Reed, of Boothbay Harbor, and Jeffrey Clifford, son of Claire and Earle Clifford, of Boothbay, exchanged their wedding vows at the American Legion Hall in Boothbay with many friends and relatives attending.

The officiate was friend and classmate Lynn Gilly Martin, of Southport. Gina Drummond, Clifford’s sister, was the maid of honor. Shehan’s granddaughter, Sofiah Ward, of Georgetown, was the flower girl. Kenneth Fowler, of Edgecomb, a close friend and hunting buddy of the groom, was best man.

Wendy Wood helped with decorating the hall, beautifully accented in an outdoor woods theme, as Clifford is an ardent outdoorsman and spends much time outside hunting deer, moose, bear, and pheasant, and fishing and so on and at his and his father’s camp at Upper Enchanted Township.

Clifford’s main work is in the marine worm industry as well as in animal damage control. Shehan is a receptionist and administrative assistant at St. Andrews Village in Boothbay Harbor. The bride and groom both graduated from Boothbay Region High School and were girlfriend and boyfriend back then but drifted apart — only to find each other again! They make their home in Edgecomb, along with their labrador, Grace, and golden retriever, Ruby.