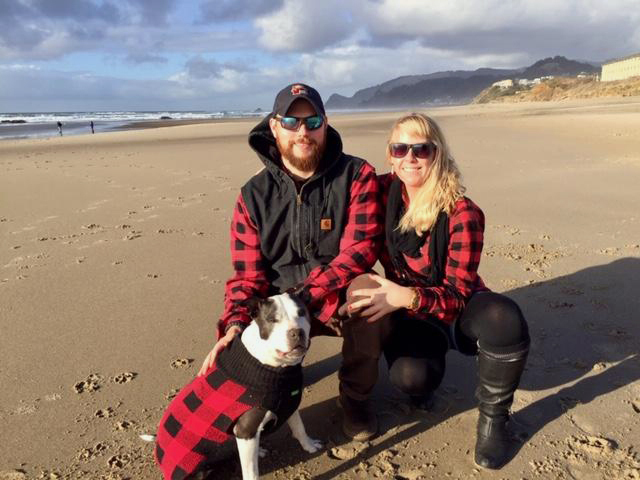 The family of Michael Jarred Stailing would like to announce his engagement to Kristi Sue Bennett, of Mt. Vernon, Ore.

Stailing is a 2006 graduate of Lincoln Academy and a 2008 graduate of Southern Maine Community College. He volunteered at Damariscotta Fire Department while completing his fire science degree. Following that, he moved to the Pacific Northwest to pursue a career as a wildland firefighter.

Bennett is a 2002 graduate of Grant Union High School in John Day, Ore. She has always had a great love for horses, spending all of her younger years raising and training her own. After eight years as a firefighter herself, Bennett now works at the Pacific Northwest Interagency Fire Cache, providing logistical support to emergency incidents.

Both Stailing and Bennett are employed by the U.S. Forest Service in Oregon. Stailing works as a firefighter on the Deschutes National Forest. The two met while on a fire assignment in Eastern Oregon and bonded over their small town origins.

Stailing is the son of Karen Fossett and Michael Stailing, of Newcastle and Damariscotta. Bennett is the daughter of Penny Bennett, of Terrebonne, Ore., and Ed Bennett of Mt. Vernon, Ore. The wedding will be held on Saturday, Dec. 29 in Terrebonne, where the couple currently resides.