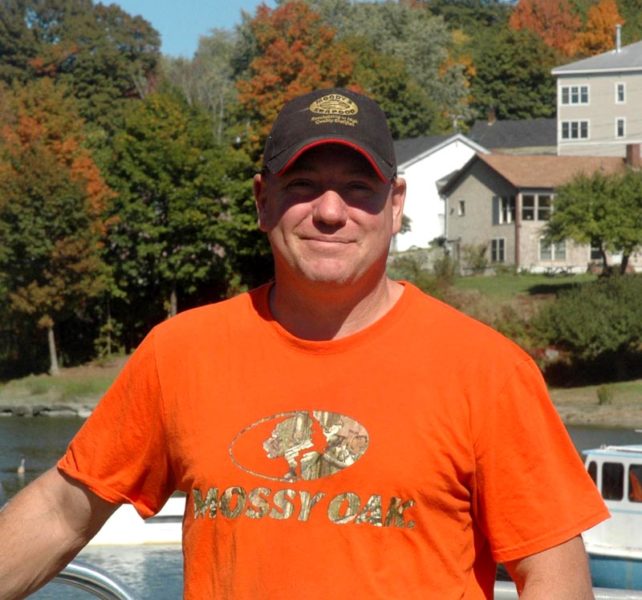 A Waldoboro selectman is hoping to parlay his time at the municipal level of government into a role in the Maine State Legislature.

Abden Simmons, R-Waldoboro, is looking to represent House District 91, which includes Friendship, part of Union, and Washington in addition to Waldoboro.

Simmons, who was elected to the Waldoboro Board of Selectmen in June 2015, said  he believes the Legislature needs to create favorable conditions for businesses, which, in turn, will lead to job creation.

“There are so many restrictions and regulations on businesses coming to Maine. They have to be lightened up. Taxes are so crazy it’s hard for companies to come here,” Simmons said.

Another big part of Simmons’ focus is the commercial fishing industry.

He believes the commercial fishing industry is an integral part of the state’s economy that deserves to be defended in the Legislature.

“I want to make sure commercial fishing doesn’t get interfered with any more than it already is,” Simmons said.

He said Maine is one of only two states, the other being South Carolina, that allows elver harvesting, with Maine harvesters accounting for the vast majority of the catch.

Simmons has harvested shellfish for a living for the last 25 years and has operated a buying station for clams, A&A Shellfish, out of his home in Waldoboro since 1996.

He also has experience in several other commercial fisheries. He has worked as a sternman on a lobster boat and harvested oysters, quahogs, periwinkles, and sea urchins.

Simmons has chaired the Waldoboro Shellfish Committee for roughly 15 years and said he has spent a substantial amount of time since 2008 attending public hearings and workshops at the State Legislature regarding lobster, seaweed, and shellfish harvesting.

Simmons is the executive director of the Maine Elver Fisherman Association, and has spent time on the state’s shellfish advisory council, in addition to taking part in the governor’s task force on the invasive European green crab.

Regarding health care, Simmons said, “We need to make sure people have jobs. Without jobs, how can health care be paid for?”

Through job creation, Simmons also sees a source of revenue to fund programs for senior citizens.

“It comes from people that work for a living. We have got to support them to support these programs. If more people are working, that means there are more taxes going in. If we create more jobs, we can create more tax dollars,” Simmons said.

The state’s growing opioid crisis is another important issue for Simmons.

The selectman said guidance and training through trade programs is a potential way to help individuals come out of a treatment program and land on their feet.

“Without guidance, people come out of rehab, have no job, and they turn around and wind up the same place they started,” Simmons said.

In addition to his time on the town’s board of selectmen, Simmons was a member of the Waldoboro Planning Board for six years.

He has been endorsed by the Sportsman’s Alliance of Maine.

Simmons is married and has one child, a son who recently completed service in the U.S. Marine Corps.

The two-term incumbent in House District 91, Jeffrey Evangelos, I-Friendship, did not seek re-election.