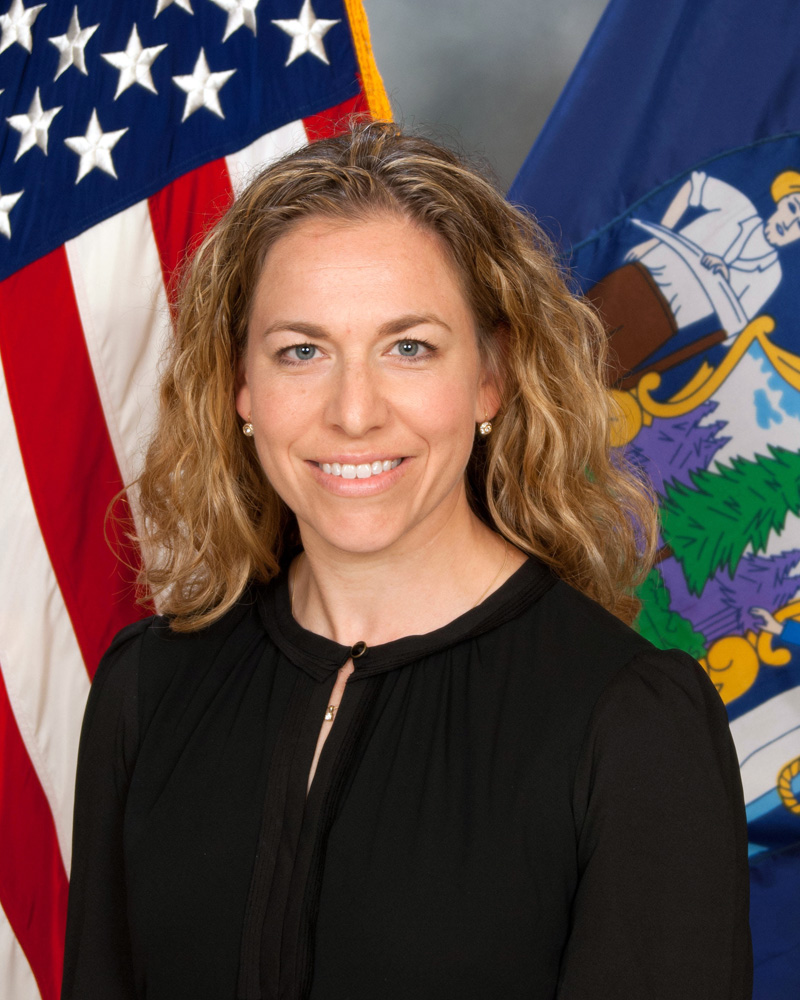 Horn graduated from the U.S. Military Academy at West Point, N.Y. in 2001 and was commissioned as second lieutenant in the United States Army Military Police Corps. She served in various capacities as both a military police officer and a psychological operations officer. During her 10-year military service, Horn deployed five times in support of the Global War on Terrorism. In 2011, Horn separated from active duty.

Prior to moving to Maine, Horn received her MBA degree from Northeastern University in Boston. Presently, she is a lieutenant colonel and an individual reservist in the United States Army Reserve and serves as a future operations planner for the United States Pacific Command.

During her 3-plus-year tenure as director of the Maine Bureau of Veterans’ Services, Horn led many notable initiatives, including one that has become a best-practice model for other state departments of veterans’ services across the country. She created a position within the bureau that focused on homeless veteran program coordination, working in collaboration with organizations across the state to reduce and eliminate the number of homeless veterans.

In collaboration with the Maine Legislature, Horn’s initiative helped create the inaugural program to facilitate mental health care for Maine veterans. This program is open to all veterans, free of charge, no matter their discharge or length of service. She has also spearheaded a suicide prevention initiative that brought together leaders on the federal, state, and local levels. In December of last year, Bureau of Veterans’ Services hosted Maine’s first ever Suicide Prevention and Awareness Symposium. Under Horn’s leadership, and due to the success of the symposium, the bureau received the VA’s Pillar of Excellence Award for Suicide Prevention.

Horn led an initiative to create a one-stop list of resources for every veteran organization and service in the entire state of Maine. The Bureau of Veterans’ Services now has an interactive resource map on its website and a resource guide in book form. In 2017, because of these resource initiatives, the bureau was awarded the Communicator Award — Honoring Excellence in Marketing and Communications.

Horn recently departed from Bureau of Veterans’ Services for the private sector. She is married to Lokie Horn, a South African native. Together they have two young daughters and reside on a farm in Pittston, where they keep a herd of yak, along with chickens, ducks, geese, and rabbits.