This week, along with the wonderful film “Indignation,” we have three theatrical broadcasts. For Downton Abbey fans, Lady Rose (Lily James) takes on the role of Juliet in a Shakespeare classic.  American theater fans will revel in the modern take of an Arthur Miller classic.  And for fans of musicals, Mack the Knife returns.  Such fun.

In “Romeo and Juliet,” presented by the Kenneth Branagh Theatre Company, a long-standing feud between Verona’s Montague and Capulet families brings about devastating consequences for two young lovers caught in the conflict. Branagh co-directs with Rob Ashford, reuniting with the stars of his celebrated film “Cinderella,” Richard Madden and Lily James, as Romeo and Juliet. Also featuring Sir Derek Jacobi as Mercutio, and Meera Syal as The Nurse. Captured live from London’s West End, “Romeo and Juliet” will be screened in high-definition black-and-white. Playing at 2 p.m. and 7 p.m., Thursday, Sept. 15. 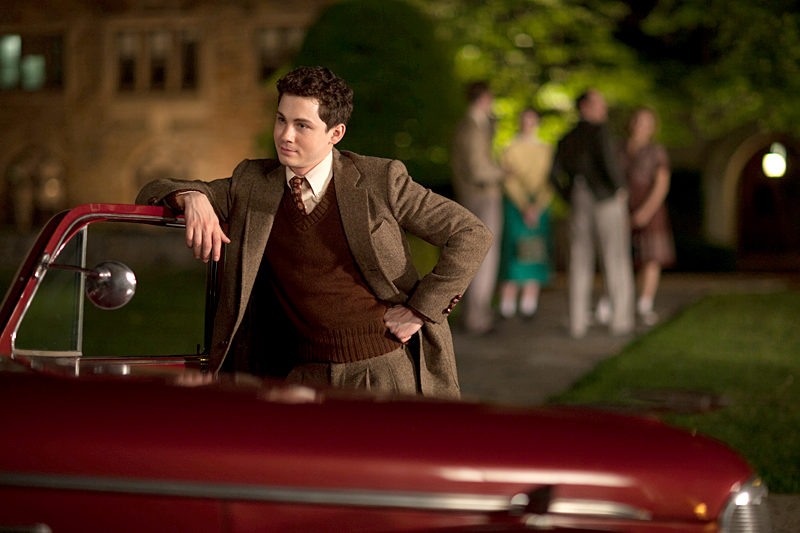 Based on a Philip Roth novel, “Indignation” takes place in 1951, as Marcus Messner (Logan Lerman), a brilliant working-class Jewish boy from Newark, N.J. travels on scholarship to a small conservative college in Ohio, thus exempting him from being drafted into the Korean War. But once there, Marcus’ growing infatuation with his beautiful classmate Olivia Hutton (Sarah Gadon), and his clashes with the college’s imposing dean, Hawes Caudwell (Tracy Letts), put his and his family’s best-laid plans to the ultimate test. Playing at 2 p.m. and 7 p.m., Friday and Saturday, Sept. 16 and 17; at 7 p.m., Sunday, Sept. 18; and at 2 p.m. and 7 p.m., Wednesday, Sept. 21.

The fall season of broadcasts from the National Theatre in London kicks off with an encore of Arthur Miller’s classic, “A View from the Bridge,” an award-winning production that won accolades in the West End and on Broadway, including a Tony Award for Best Lead Actor in a Play for Mark Strong.  The great Miller confronts the American dream in this dark and passionate tale. In Brooklyn, longshoreman Eddie Carbone welcomes his Sicilian cousins to the land of freedom. But when one of them falls for his beautiful niece, they discover that freedom comes at a price. Playing at 2 p.m., Sunday, Sept. 18.

Mack the Knife is back in town in this darkly comic new take on Bertolt Brecht and Kurt Weill’s raucous musical “The Threepenny Opera,” broadcast live from the stage of the National Theatre. London scrubs up for the coronation. The thieves are on the make, the whores on the pull, the police cutting deals to keep it all out of sight. Mr. and Mrs. Peachum are looking forward to a bumper day in the beggary business, but their daughter didn’t come home last night and it’s all about to kick off.  Note that the production is suitable for youth 15 years old and older due to scenes of a sexual nature, violence, and language.  Playing live at 2 p.m., Thursday, Sept. 22 and rebroadcast at 7 p.m. that evening.