Ron Howard’s film explores how John Lennon, Paul McCartney, George Harrison, and Ringo Starr came together to become a phenomenon. “The Beatles: Eight Days a Week – The Touring Years” is based on the first part of The Beatles’ career, from 1962-1966, the period in which they toured and captured the world’s acclaim. It delves into their inner workings – how they made decisions, created music and built their collective career together – all the while highlighting The Beatles’ extraordinary musical gifts and their remarkable, complementary personalities. The film focuses on the time period from the early Beatles journey in the days of The Cavern Club in Liverpool to their last concert in San Francisco in 1966. Final screenings at 2 and 7 p.m., Thursday, Oct. 20. 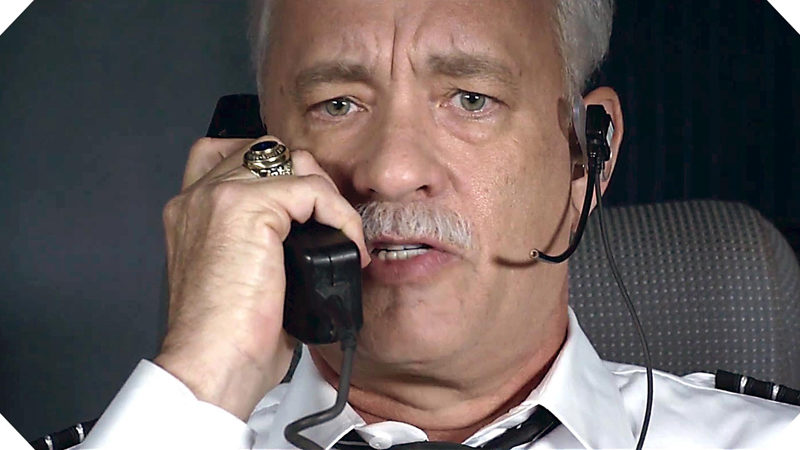 On January 15, 2009, the world witnessed the “Miracle on the Hudson” when Captain “Sully” Sullenberger glided his disabled plane onto the frigid waters of the Hudson River, saving the lives of all 155 aboard. However, even as Sully was being heralded by the public and the media for his unprecedented feat of aviation skill, an investigation was unfolding that threatened to destroy his reputation and his career. Tom Hanks stars in this thrilling portrait of a heroic airline pilot. Directed by Clint Eastwood. Plays at 2 and 7 p.m., Friday, Oct. 21; Sunday, Oct. 23; and Wednesday, Oct. 26. Plays at 7 p.m. only on Saturday, Oct. 22.

This thrilling production features Benedict Cumberbatch (BBC’s “Sherlock,” “The Imitation Game”) and Jonny Lee Miller (CBS’s “Elementary,” “Trainspotting”), returns in an encore broadcast just in time for Halloween. Childlike in his innocence but grotesque in form, Frankenstein’s bewildered Creature is cast out into a hostile universe by his horror-struck maker. Meeting with cruelty wherever he goes, the friendless Creature, increasingly desperate and vengeful, determines to track down his creator and strike a terrifying deal. Plays at 2 and 7 p.m., Thursday, Oct. 27.

Save the dates for our next live show

Lincoln Theater is pleased to announce that “Indoor/Outdoor,” a play by Kenny Finkle, will be the next offering by our resident theater company, Lincoln County Community Theater, opening Friday, Nov. 18 for a weekend of four performances, expanding our “Sunday without Scenery” series to a full weekend. Directed by John Mulcahy, the play is a comedy about a house cat, Samantha (Nanette Fraser), who finds herself torn between her affection for a human companion, a nebbishy graphic designer named Shuman (Stephen Wallace), and her attraction to a sexy tomcat, Oscar (Joe Lugosch), who invites her to sample the pleasures of the outdoor life. A neurotic pet therapist, Matilda (Jennifer True), mediates the conflict. Performances are at 7:30 p.m. on Friday Nov. 18 and Sunday, Nov. 20; and at 2 and 7:30 p.m., Saturday, Nov. 19.