Once a year, the theater sells gift cards at a 10 percent discount – at the Early Bird sale, from 6-9 a.m., Saturday Nov. 5. Come visit us at the theater office and pick up the perfect stocking stuffer – a great gift for friends, family, and yourself!

Texas brothers Toby (Chris Pine) and Tanner (Ben Foster) come together after years divided to rob branches of the bank threatening to foreclose on their family land. For them, the hold-ups are just part of a last-ditch scheme to take back a future that seemed to have been stolen from under them. Justice seems to be theirs, until they find themselves on the radar of Texas Ranger Marcus (Jeff Bridges) looking for one last grand pursuit on the eve of his retirement. Final screenings at 2 and 7 p.m., Thursday, Nov. 3. 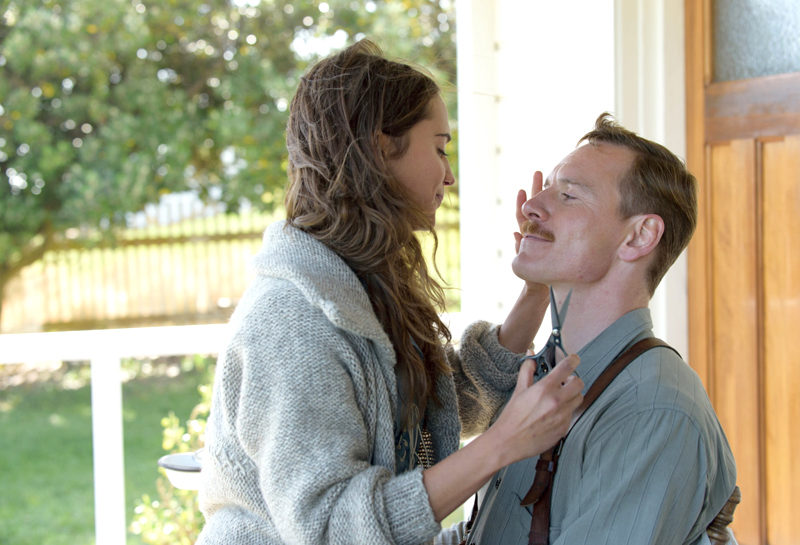 Alicia Vikander and Michael Fassbender in “The Light Between Oceans.”

A lighthouse keeper and his wife living off the coast of Western Australia raise a baby they rescue from an adrift rowboat. “The Light Between Oceans,” based on the acclaimed novel by M.L. Stedman, is a heartbreaking drama about fate, love, moral dilemmas, and the lengths to which one couple will go to see their dreams realized. Starring Michael Fassbender, Alicia Vikander, and Rachel Weisz. Plays at 2 p.m., Friday, Nov. 4; at 2 and 7 p.m., Saturday, Nov. 5 and Wednesday, Nov. 9; and at 7 p.m., Sunday, Nov. 6.

Alexei Ratmansky invokes the genius of Shostakovich’s score at the Bolshoi Ballet, creating a laugh-out-loud masterpiece with its bits of slapstick comedy, hilarious deceptions, and false identities, including principal dancer Ruslan Skvortsov dressed as a Sylph, and the production’s many colorful characters. The Bolshoi bursts with vivid life and bright spirits in Ratmansky’s brilliantly choreographed smash hit. Plays at 1 p.m., Sunday, Nov. 6.

“Do Not Resist” is an urgent and powerful exploration of the rapid militarization of the police in the United States. Starting on the streets of Ferguson, Mo., as the community grapples with the death of Michael Brown, this film offers a stunning look at the current state of policing in America and a glimpse into the future. Plays at 2 and 7 p.m., Thursday, Nov. 10.

Tickets are now on sale at the theater for LCCT’s latest production, “Indoor/Outdoor,” a play by Kenny Finkle, playing the weekend of Friday, Nov. 18. The play is a comedy about a house cat, Samantha, who finds herself torn between her affection for a human companion, a nebbishy graphic designer named Shuman, and her attraction to a sexy tomcat. Fittingly, $2 of every ticket purchased for the opening-night performance will be donated to the Lincoln County Animal Shelter in Edgecomb. The play is not suitable for young children. Performances will take place at 7:30 p.m., Friday, Nov. 18; at 2 and 7:30 p.m., Saturday, Nov. 19; and at 2 p.m., Sunday, Nov. 20.