Along with some terrific movies, our free family-film series continues this week along with the holiday favorite “Peter Pan” and a special version from The Met of “The Magic Flute,” a terrific way to introduce and enjoy the opera for children of all ages. Kenneth Branagh also appears on the screen as Archie Rice, the role made famous by the great Laurence Olivier. Add a live community-orchestra concert to that mix and this is one of those weeks at the theater when there is hopefully something for everyone – maybe several things for everyone!

Rachel, devastated by her recent divorce, spends her daily commute fantasizing about the seemingly perfect couple who live in a house that her train passes every day, until one morning she sees something shocking happen there and becomes entangled in the mystery that unfolds. Based on Paula Hawkins’ bestselling novel and starring Emily Blunt. Final screenings at 2 and 7 p.m., Thursday, Dec. 1.

Based on the acclaimed book “History on Trial: My Day in Court with a Holocaust Denier,” “Denial” recounts Deborah E. Lipstadt’s (Academy Award winner Rachel Weisz) legal battle for historical truth against David Irving (Cannes Award winner Timothy Spall), who accused her of libel when she declared him a Holocaust denier. In the English legal system, the burden of proof is on the accused, therefore it was up to Lipstadt and her legal team to prove the essential truth that the Holocaust occurred. Playing at 2 and 7 p.m., Friday, Dec. 2; 7 p.m., Saturday and Sunday, Dec. 3 and 4; and 2 and 7 p.m., Wednesday and Thursday,  Dec. 7 and 8.

Lincoln Theater and Skidompha Public Library present the second in their free series of family-friendly films based on classic books, copies of which are available prior to the screening at the library and at the theater on the day of the film (while they last). The Darling family children receive a visit from Peter Pan, who takes them to Never Never Land where an ongoing war with the evil Pirate Captain Hook is taking place. Playing at 10 a.m., Saturday, Dec. 3.

Set against the backdrop of post-war Britain, John Osborne’s modern classic conjures up the seedy glamour of the old music halls for an explosive examination of public masks and private torment. Captured live in HD. Rob Ashford directs Kenneth Branagh as the unforgettable Archie Rice. Playing at 2 p.m., Saturday, Dec. 3. 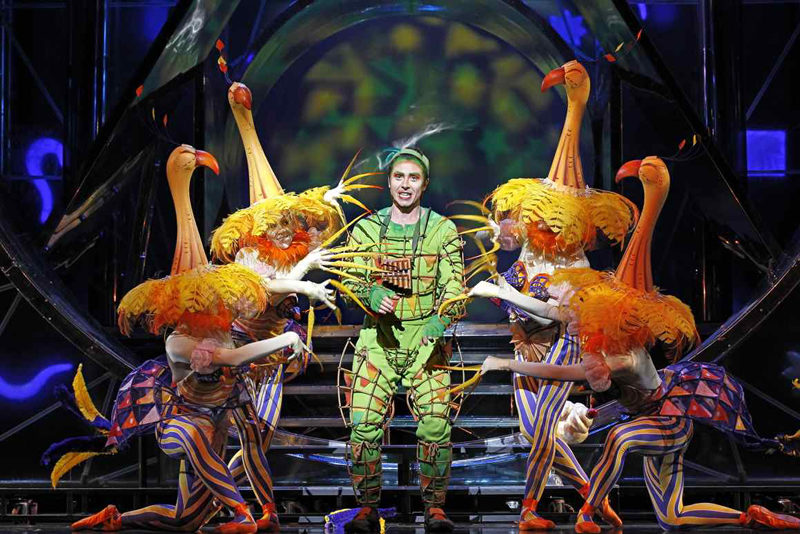 Nathan Gunn as Papageno in “The Magic Flute.”

A groundbreaking broadcast that launched The Met’s award-winning Live in HD series to movie theaters in 2006, “The Magic Flute” enchanted opera lovers from around the world with the whimsical humor and breathtaking puppetry of Julie Taymor’s hit production (she of “The Lion King” fame), presented in a shortened English-language, family-friendly version. Playing at 2 p.m., Sunday, Dec. 4.

Three orchestras of different levels — primo, mezza, and avanzata – make up the Seacoast Youth and Community Orchestras. Orchestra members range in age from 7 or 8 to 70 or 80 years old. These people come from mostly the Midcoast area — from the Brunswick area all the way up to the Rockland area. Playing at 7 p.m., Tuesday, Dec. 6. Free.

Tickets for all special events are now on sale through the Lincoln Theater office.