We have three very special opportunities at the theater this week. The first is to see two great actors perform as it happens – Ian McKellen and Patrick Stewart in “No Man’s Land,” broadcast live from the London stage. Secondly, the most talked-about and highly awarded film of the year to date, “Moonlight,” comes to the screen. Finally, a rebroadcast of the original stage production of the amazing tale of “War Horse” will be shown – the final chance to catch those incredible puppets on the big screen. And don’t forget to pick up your gift cards for stocking stuffers when you are at the theater – or during the “Wrap it Up” festivities next Thursday, Dec. 22 from 5-7 p.m. 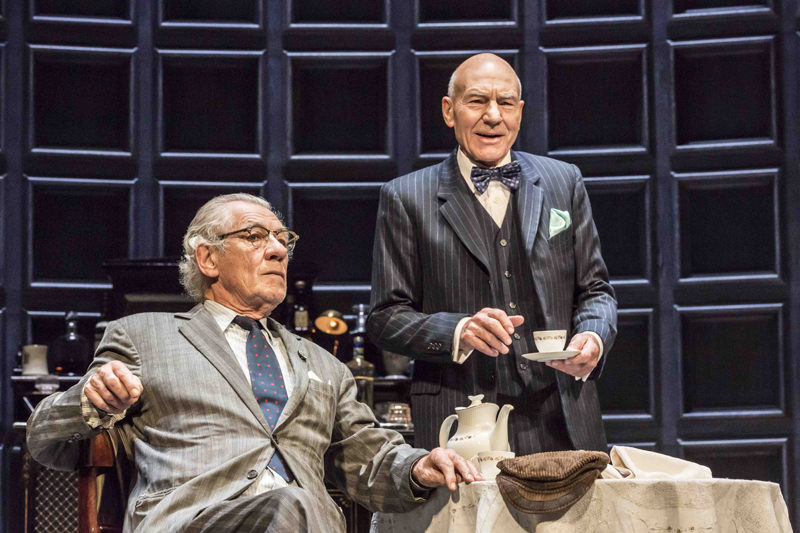 Ian McKellen and Patrick Stewart return to the West End stage in this glorious revival of Harold Pinter’s comic classic. Two aging writers, Hirst and Spooner, meet in a pub and continue their drinking into the night. As the pair become increasingly inebriated, the lively conversation soon turns into a revealing power game, further complicated by the return home of two sinister younger men. Playing at 2 p.m. (live from London) and 7 p.m. (rebroadcast), Thursday, Dec. 15.

The winner of more than 30 awards and currently the leading contender and most talked-about film for winning the next Academy Award for Best Picture, “Moonlight” is timeless story of human connection and self-discovery. “Moonlight” chronicles the life of a young black man from childhood to adulthood as he struggles to find his place in the world while growing up in a rough neighborhood of Miami. Playing at 2 and 7 p.m., Friday, Dec. 16; Sunday, Dec. 18; and Wednesday and Thursday, Dec. 21 and 22. “Moonlight” plays at 7 p.m. only on Saturday, Dec. 17.

Since its first performance at the National Theatre in 2007, “War Horse” has become an international smash hit, capturing the imagination of four million people around the world. Based on Michael Morpurgo’s novel of the same name and adapted for the stage by Nick Stafford, “War Horse” takes audiences on an extraordinary journey from the fields of rural Devon to the trenches of World War I France. Filled with stirring music and songs, this powerfully moving and imaginative drama is a show of phenomenal inventiveness. At its heart are astonishing life-size puppets, created by South Africa’s Handspring Puppet Company, that bring breathing, galloping, charging horses to thrilling life on stage. This is an encore broadcast of the original production, captured live from London’s West End. Plays at 2 p.m., Saturday, Dec. 17.