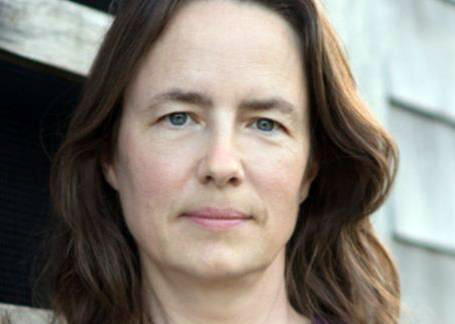 Celebrity historian Heather Cox Richardson, a summer visitor whose roots in Bristol date back to colonial days, will deliver an online lecture on “The State of Maine in the Nation: The First 60 Years” on Sunday, Aug. 2 at 7 p.m. to the Old Bristol Historical Society in observance of Maine’s bicentennial.

The society’s members will receive an email with instructions for accessing the lecture. Other lectures scheduled for this summer will likely be rescheduled next summer.

Richardson is a professor of history at Boston College, where she has taught since 2011; prior to that, she taught at the University of Massachusetts at Amherst and at the Massachusetts Institute of Technology.  She is a well-known political commentator who writes a daily online newsletter, was co-host of Boston public radio station WBUR’s podcast “Freak Out and Carry On,” and writes for England’s The Guardian newspaper.

She is also a founder of werehistory.org, which publishes online articles linking history to current events.

Richardson grew up in Yarmouth, and graduated from Phillips Exeter Academy and Harvard University, from which she received B.A., M.A. and Ph.D. degrees.  She specializes in the American Civil War, its aftermath, and the history of ideological battles within the Republican Party, and she has written six books.

Richardson’s Cox family roots in Bristol date back to the 18th century to Ebenezer Cox, who died in 1795, and Alexander Fossett, who settled in Pemaquid Falls in the 1730s. Her ancestry also includes the Yates and Frank families, which also go far back in Bristol history.

Her Cox ancestors built and lived in the landmark ten-room federal-style house now known as Middlefields on Upper Round Pond Rd., from around 1845 until 1917.  George Cox and his son Arthur were sea captains, owners of coastal schooners, and farmers.

Arthur Cox, Richardson’s great-great uncle, wrote diaries from 1868 until his death in 1915 which were given to the Old Bristol Historical Society. The “Diaries of Arthur Cox, Round Pond ‘Jack of All Trades’” was published by Bristol history writer Peter Hope in 2018.  Hope was founding president of the historical society in 2003.