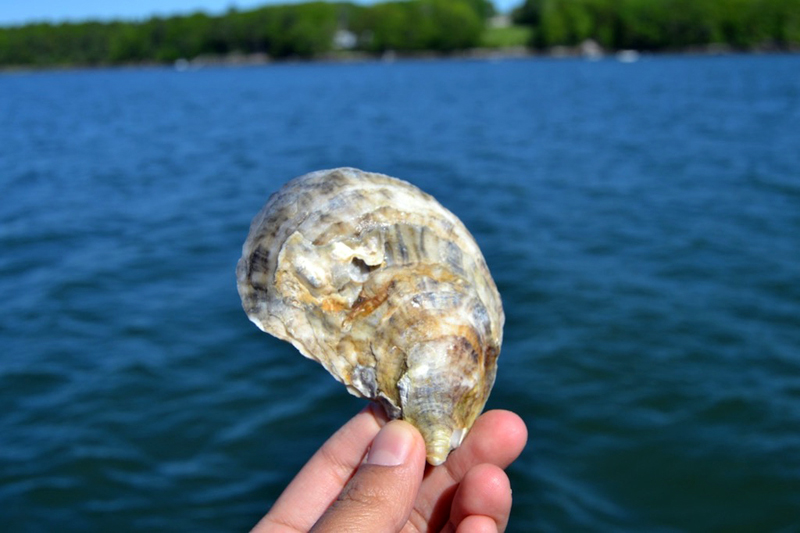 Join Heather Leslie, director of the Darling Marine Center, at 10 a.m. on Saturday, June 16 for a cup of coffee and conversation about the long history and future promise of science-supported aquaculture in the Damariscotta River.

Members of the public are invited to join Dr. Heather Leslie, director of the University of Maine’s Darling Marine Center, on Saturday, June 16 at 10 a.m. for Coffee with the Director, featuring coffee and a chat about the past, present, and future of Maine’s oyster industry.

The hour-long event will celebrate the Damariscotta River oyster industry, its longtime connection to the marine center and continuing collaborations between growers and scientists.

Maine’s oyster aquaculture industry was spawned, literally, at the Darling Marine Center. In the early 1970s, the center’s first flowing seawater laboratory was constructed, and researchers received a substantial award from Sea Grant to develop cold-water marine aquaculture. It was the graduate students and research technicians working on these early projects that eventually founded the businesses that now produce nationally lauded shellfish. Seven of the nine farms on the Damariscotta River have ties to the Darling Marine Center.

Scientists and shellfish farmers continue to work together to solve today’s challenges. An ecologist with strong interests in the connections between ocean ecosystems and local economies, Leslie will highlight how she and other Darling Marine Center scientists are contributing to a growing understanding of how coastal ecosystems work, as well as the ways that individuals and communities are adapting to changing environmental and economic conditions. She will also reflect on how the marine center’s partnerships with the aquaculture industry and other marine businesses create opportunities for the next generation of marine scientists and professionals.

Coffee with the Director will take place in Brooke Hall on the Darling Marine Center’s lower waterfront campus in Walpole. The event is free and open to the public. Participants are asked to preregister at tinyurl.com/ydyb5wv6.

Founded in 1965, the Darling Marine Center’s mission is to connect people to the ocean. The center’s researchers, staff, and students work alongside fishermen, aquaculture entrepreneurs, marine industry professionals, and other members of the community in Maine and around the world. More information is available at dmc.umaine.edu.